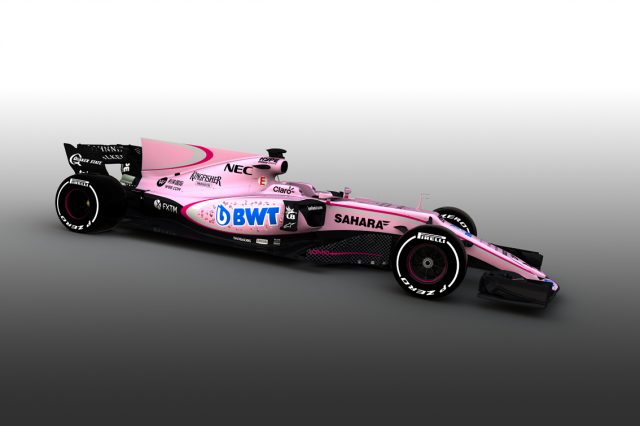 Force India will run a new pink livery this year

Force India has uncovered a striking pink livery it will campaign during the 2017 Formula 1 World Championship.

The Silverstone operation has elected to change its colour scheme following the completion of a new sponsor arrangement with Austrian water technology specialists BWT.

Force India had originally launched the VJM10 in a familiar silver, orange and black livery.

“The arrival of BWT in Formula 1 is huge news and represents one of the most significant partnerships in our 10-year history,” said Force India boss Vijay Mallya.

“It’s a sign of how far we have come as a team with our strong results and completes a solid commercial performance over the winter.

“For 2017 our cars will sport a vibrant new colour scheme with a smart matte finish.

“Changing the colour of our cars is an indication of the strength of this new partnership and a real statement of intent from BWT as they begin their relationship with the sport of F1.”