De Silvestro to focus on set-up fine tuning at Winton

De Silvestro to focus on set-up fine tuning at Winton 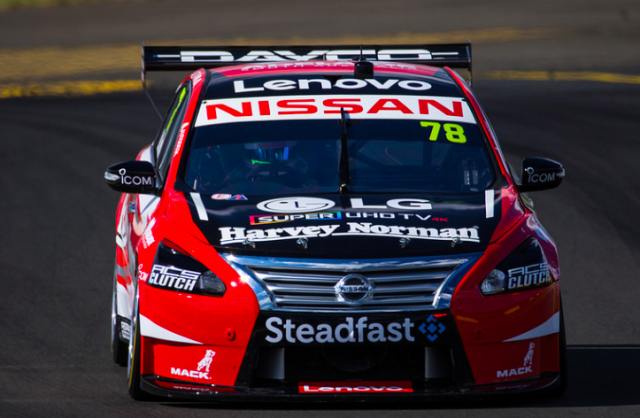 Simona de Silvestro says tomorrow’s test day at Winton will provide a valuable opportunity to focus on adjusting the Nissan Altima to her specific requirements.

The Swiss driver is set to complete the second of three permitted rookie days at the rural Victoria circuit this season.

De Silvestro enjoyed an encouraging start to her first full Virgin Australia Supercars Championship campaign by finishing both 250km heats at the Clipsal 500, as the adjustment to touring car racing continues.

Happy with the base set-up of her #78 Altima, the 28-year-old former IndyCar driver is now eager to begin the process of fine tuning the car.

“It is just going to be a day where we work on the car,” said de Silvestro.

“It is not so much about me adapting to the car, there are a few things I want to feel in the car to be a little bit quicker that we are going to test tomorrow.

“I think my brain is starting to understand how to drive the car so that is something positive and we saw that in the lap time.

“We are only a second off but the last second is the hard one to find. I need to try and get the car how I like it.

“I think the car in Adelaide was pretty good but it is just little things.

“The rear of the car moves around a little bit too much for my liking and hopefully we will move away from that sensation.

“It is not huge set-up changes it is small things because I think the basis of the car is pretty good.”

De Silvestro will return to competitive Supercars action next weekend when the series heads to Melbourne’s Albert Park for a non-championship round at the Formula 1 Australian Grand Prix.