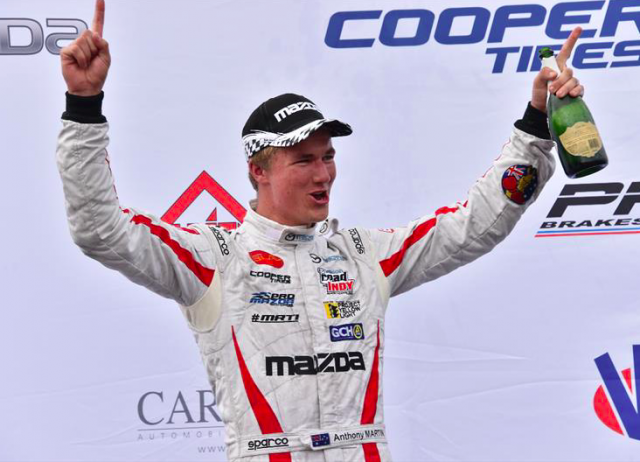 Rising Australian single seater star Anthony Martin made an impressive start to life in Pro Mazda by taking a double win on the streets of St Petersburg.

The reigning USF 2000 champion from Western Australia made no mistakes from pole position as he fended off a spirited challenge from Brazilian Victor Franzoni in the opening heat.

In the end, Martin took the victory, on his debut in the category, by 0.5s from Franzoni, while Californian TJ Fischer finished third for Team Pelfrey.

The 22-year-old from Kalgoorlie repeated the feat in Race 2 as he took the chequered flag in a lights-to-flag drive from Franzoni and Fischer.

“I’m so happy to take the sweep at St. Pete and to come away from here with the championship lead,” said Martin.

“With the scholarship, there’s a lot of pressure, but I thrive on pressure and that’s one reason we’ve done so well this weekend.”

The series continues on the road course at the Indianapolis Motor Speedway from May 11-13. 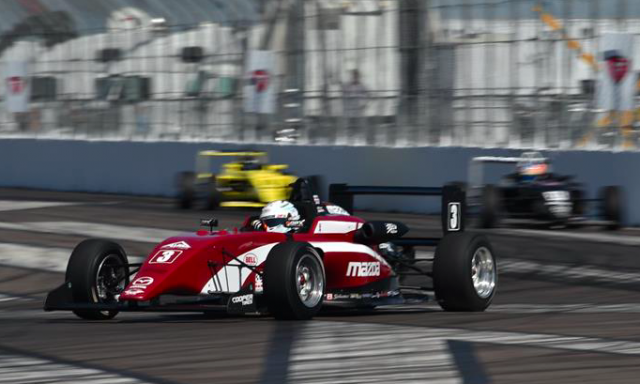 Oliver Askew and Robert Megennis shared the victories in the opening round of the USF2000 series at St Petersburg.

Askew stood on the top step of the podium in Race 2 after holding off VeeKay in Race 2.

Perth’s Luke Gabin ended his weekend on a positive with a fourth in Race 2 after finishing 11th in the opening race. 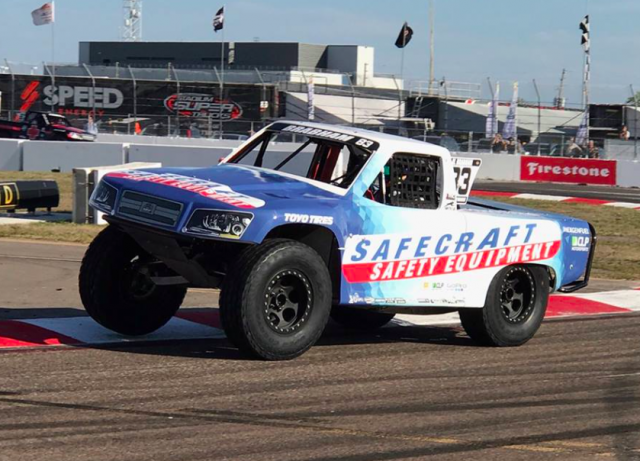 Brabham finished ninth in the opening heat which was won by Gordon, who edged Creed to the chequered flag by 0.911s.

Australia’s Paul Morris claimed the final place on the podium in third before going on to finish seventh in the final heat. 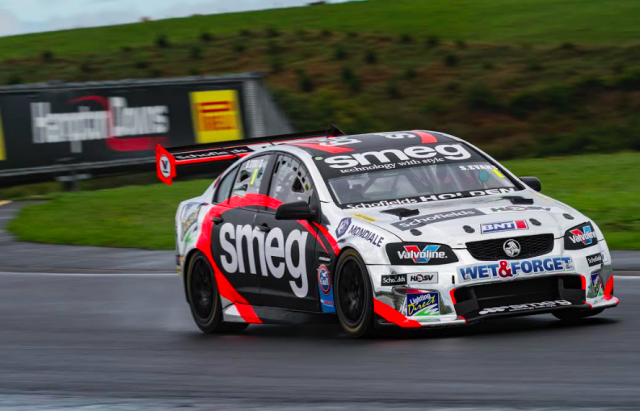 Simon Evans on his way to victory in Race 1

Holden driver Evans secured the Class 1 and overall crown with a victory in Saturday’s opener, after capitalising on a last lap mistake from leader Jason Bargwanna (Toyota Camry).

The pair were involved in a titanic scrap that saw the lead change hands on several occasions.

However, the race was decided by Bargwanna’s error on the final lap that allowed Evans through to the take the win, with the Nissan Altima of Nick Ross in third.

The result secured Evans the title after his nearest rival Tom Alexander failed to finish.

Bargwanna scooped the win in Race 2 as he took advantage of a clash between Evans and Ross on the final lap.

The pair touched wheels on the final lap while battling for the lead, which handed the victory to Bargwanna, who spent much of the race in third.

Evans managed to recover to second while Lance Hughes took third as Ross retired from the contact.

The final race of the season was won by Evans, who took the chequered flag by a massive 47 seconds from Bargwanna and John Midgley.

Liam MacDonald continued his dominant form to take out the Class 2 honours. 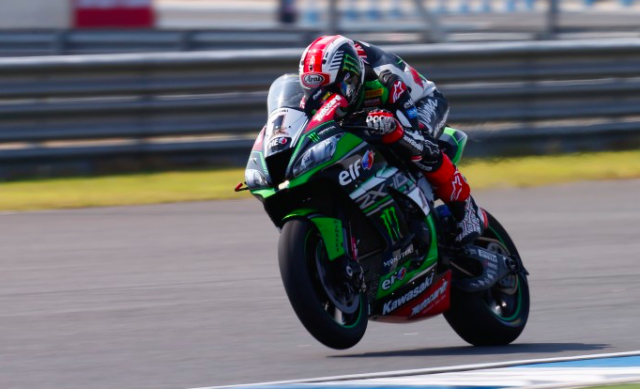 Jonathan Rea continued the perfect start to his World Superbike Championship title defence by scoring a double win at the second round at Thailand’s Chang International Circuit.

The Northern Irishman claimed his fourth win of the season with a faultless ride to victory in Race 2 on Sunday.

Rea took the chequered flag by four seconds from Kawasaki team-mate Tom Sykes, who passed the Aruba Racing Ducati of Marco Melandri on the final lap.

The race was restarted after Lorenzo Savadori suffered a big crash which spilled debris all over the circuit.

Rea opened the weekend with a dominant victory in the opening race from Aruba Racing’s Chaz Davies and Sykes.

The championship heads to the Motorland Aragon circuit in Spain for the third round from March 31- April 2.