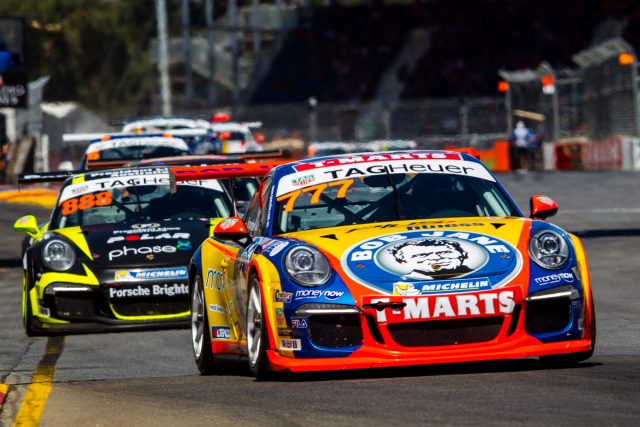 Fighting for the Porsche Carrera Cup title this year is crucial in re-establishing his Supercars career, according to Andre Heimgartner.

The 21-year-old Kiwi has made the sideways move to the Carrera Cup after being unable to continue his stint in the Virgin Australia Supercars Championship this season.

Heimgartner endured a part campaign with Super Black Racing in 2015 before contesting a full season behind the wheel of the #3 Lucas Dumbrell Motorsport Holden Commodore last year.

Looking to boost his burgeoning career, the Aucklander has turned to the Carrera Cup in a bid to raise his profile and build confidence after two challenging seasons in Supercars. 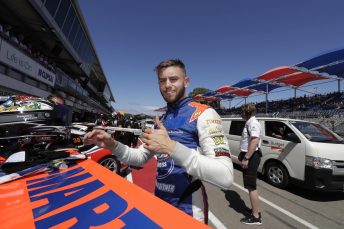 Heimgartner has taken inspiration from his former LDM team-mate Nick Percat, who landed a move to Supercars after finishing second in the 2013 Carrera Cup.

His decision is already beginning to bear fruit after winning two of the three Carrera Cup races at the Clipsal 500 last weekend, following a late deal to join Sonic Motor Racing.

However, the New Zealander only has budget to compete in the first three rounds of the series, a factor he is hoping will change following his Adelaide success.

“At the end of the day the Porsche Carrera Cup was the right decision,” Heimgartner told Speedcafe.com.

“After a while you lose confidence in your ability and you doubt yourself.

“Sometimes you need to come to a category like this to realise how far you have come.

“In 2014 I was in the Dunlop Series and I was learning. I wasn’t solidly at the front of that championship.

“I moved to Supercars and I was in a good car and I got some good results, but then I moved to Lucas Dumbrell Motorsport.

“At this stage we are not locked in to do the full Carrera Cup series.

“We have got enough money to do the first few rounds but hopefully after Adelaide we will be able to rustle up some more money.

“If I keep on going like this I need to finish the year.

“My whole career has been jumping into categories and learning, so to come sideways to a series like this, I really need to get a championship under my belt and have a really solid season.

“It worked for Nick Percat and we spoke about that a fair bit last year.

“When he started to beat Craig Baird everyone stood back and realised he was fast. I’m hoping to do something similar.”

While Heimgartner has missed out on a full-time Supercars drive, he is hoping his Carrera Cup exploits will help snare a Pirtek Enduro Cup seat.

“Now I’m doing pretty good in Carrera Cup I hope there are a few doors open, but we will have just to wait and see what happens,” he added.

Heimgartner will jump behind the wheel again for the second round of the Carrera Cup at the Formula 1 Australian Grand Prix from March 23-26.

Next Story Power on pole again in St Petersburg