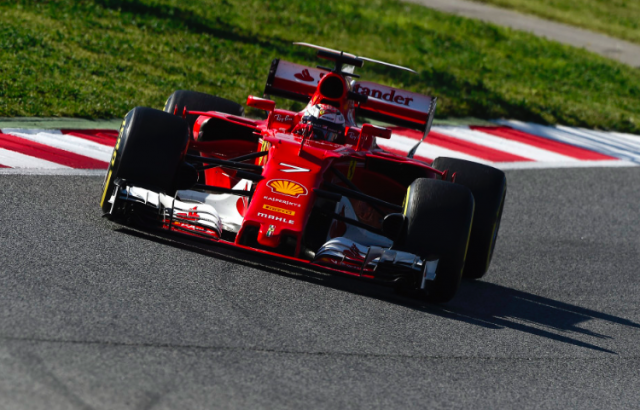 After topping the penultimate day, Raikkonen kept the Maranello team at the head of the time sheets with the Finn posting the fastest time of the entire eight days of pre-season testing.

Raikkonen was the only man to dip into the 1:18s bracket as he clocked a 1:18.634s on the soft compound tyres, which was 0.6s faster than Sebastian Vettel’s best effort yesterday.

It wasn’t a trouble free day for Ferrari as Raikkonen caused a stoppage when his SF70H spun at the final chicane.

Toro Rosso ended up third following Carlos Sainz’s effort on ultra-soft tyres although his day was punctuated by coming to a halt on the start/finish straight in the final hour.

Hamilton took over the running of the car for the afternoon with the Brit enjoying runs on the ultra-soft tyre.

McLaren were once again struck by electrical problems that restricted Fernando Alonso to 43 laps in the MCL32.

The field will now head to Melbourne for the Australian Grand Prix from March 23-26.