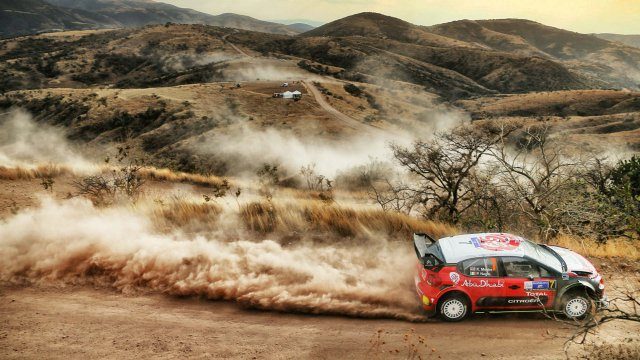 Kris Meeke got the upper hand in Mexico

Kris Meeke has enjoyed a fast and reliable run to hold a comfortable lead at the end of the first full day of competition at Rally Mexico.

The event was forced to cancel the morning loop of stages outside Leon after the late arrival of the cars from the opening stages in Mexico City.

For many of the leading crews the cancellation was a blessing after being hit with overheating issues on the only run of the 54.9km El Chocolate stage. Ford’s Sebastien Ogier and Ott Tanak both slowed after an engine temperature warning, the same also for the Toyota’s of Jari-Matti Latvala and overnight rally leader Juho Haninen, plus the same issues for the Hyundai’s of Thierry Neuville, Dani Sordo and Kiwi Hayden Paddon.

For Meeke, even after a spin on the following stage, he controlled the pace at the head of the leaderboard finishing the day with a 20.9sec lead over Ogier.

“Everything went very well today. We clearly had a good road position, but we had to make the most of it,” said Meeke.

“I didn’t push too hard, because winning isn’t my main target for the weekend. My only regret was the minor mistake I made on SS5, which cost us about eight or nine seconds.

“But it’s good to be running well after a pretty tough start to the season! I’ll be looking keep up the same pace tomorrow.”

In a real up and down day, Neuville claimed stage wins on SS5 and SS6, but dropped 35sec to the fastest runners on the two runs through the Autodrome and now trails Meeke by 56.7sec.

It was far worse for Hyundai team-mate Dani Sordo who could not complete the first run on the Autodrome and will have to take time penalties ahead of tomorrow.

This promoted the Yaris of Hanninen back into fourth, while Tanak finished the day in fifth. 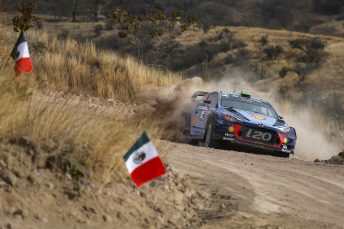 Hayden Paddon was as high as third before engine issues

Paddon and his misfiring Hyundai completed the day in seventh. The Kiwi started the rally positively with a top-three time on El Chocolate and was sitting third overall until engine-related problems in SS6.

Through the Guanajuato mining tunnels he lost over a minute of time. The issues were further compounded in the final Super Special Stages.

“It’s a very unfortunate situation that we had engine misfire issues across all cars but that’s part of rallying,” said Paddon.

“Mexico is an incredibly tough, hard rally so the most important thing is that we made it through the stages and out the other end.

“Tomorrow’s another day, as the saying goes. These are extreme conditions with the heat and the altitude that we just can’t replicate fully in Europe. We will get on top of it and fight back on Saturday.”