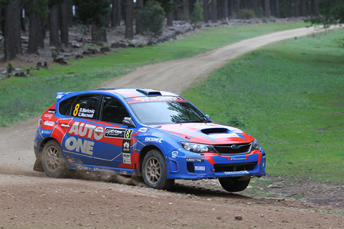 After a year off TV screens, the Australian Rally Championship has announced a new broadcast package which will see each round telecast on the Ten and Fox Sports networks.

The first event of the season will be the Eureka Rally in Ballarat Victoria from March 17-19.

“The TV deal will see the ARC on screens with a professionally produced event package after the rounds,” said Michael Smith, General Manager of CAMS Motor Sport – Events.

“AirTime Media will dovetail with our own media team to offer the best all round coverage across multiple channels: TV, the Rally.com.au website, YouTube and Social Media.”

For Neylon, who is known for his commentary and hosting work at Supercars events, stepping-up the production of the ARC is something he is excited about.

“I can’t wait to work with the CAMS Australian Rally Championship and help show how remarkable this sport is,” said Neylon.

“The next generation of stars have well and truly arrived and we hope to match the youth of the ARC with a sleek, modern broadcast. We’re looking forward to going to Ballarat to uncork what promises to be another close season of racing.”

The Eureka Rally marks the first time in 46 year that an ARC event has been hosted in the historic town.

The Eureka Rally gets underway with a ceremonial start on Friday the 17th of March at 5pm in Ballarat’s Bridge Mall. The crews are then set to hit the forests in anger on Saturday morning with 220kms of special stages across the weekend.