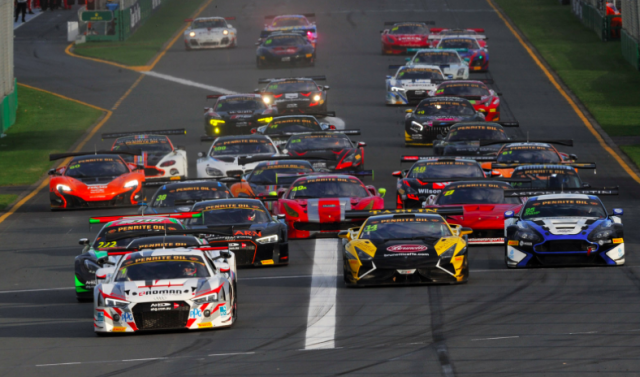 Australian GT will operate a new race format at the Formula 1 Australian Grand Prix which will see the handicap system removed.

This year the championship will run four 25 minute races at Albert Park without the Compulsory Pit Stop time handicap system.

Two driver crews will split duties across the weekend with the highest ranked driver taking the wheel in the first qualifying session followed by Races 1 and 3.

The lower ranked co-driver will take part in second qualifying before contesting Races 2 and 4.

Teams electing to enter a single driver will take part in all sessions as usual.

It is expected the CPS system will return for the remaining three rounds of the championship at Perth, Townsville and Sandown.

The scoring system has been revised for the weekend with 220 points on offer throughout the weekend.

The championship will make 80 points available to the winner of the final race, while 25 points are up for grabs for the winner of Race 1.

The 2017 CAMS Australian GT Championship will take to the circuit on Thursday (March 23) for two qualifying sessions and the opening race of the weekend.