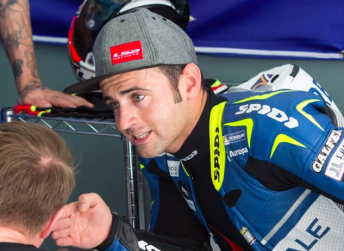 Hector Barbera has been ruled out of this week’s final MotoGP test following an injury sustained in an training accident.

The Avintia Ducati rider underwent surgery last week on a broken left shoulder placing him in doubt for the three-day test, which begins on Friday at Qatar’s Losail circuit.

Barbera has since confirmed he will sit out the test but remains confident he will be fit enough to compete in the Qatar MotoGP season opener from March 24-26.

“This injury came in the worst moment for us, and I won’t be able to attend to the next test in Qatar,” said Barbera.

“It makes no sense to risk before the first race and the best decision is to stay at home and work hard to be completely fit for the first race.

“To be honest, after all the issues we had during the first two tests, this injury was a big problem for us, but we have to be positive, because I’ll be totally fit when the championship starts.”

The MotoGP test will conclude on Sunday.