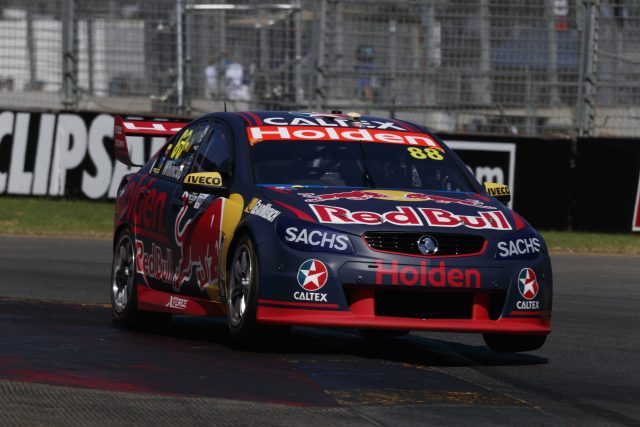 Jamie Whincup believes a few costly errors were to blame for his indifferent start to the 2017 Virgin Australia Supercars Championship.

The six-time champion proved a match for his opposite number at times but a mixture of mistakes and unsuccessful strategy calls cost him the chance to battle for victories and podiums.

The Red Bull Holden Racing Team driver started the opening race from seventh but a decision to pit on the opening lap failed to translate in decent track position.

He eventually came home in sixth following a tangle with Prodrive’s Mark Winterbottom.

A kerb strike in the Top 10 Shootout resulted in Whincup starting Sunday’s Race 2 from 10th on the grid.

The 34-year-old then gambled on a Safety Car which failed to appear leaving him mired with a heavy fuel load and unable to threaten to the front runners.

Reflecting on the weekend, Whincup felt he should have provided a stronger challenge given the pace of his #88 Commodore.

He also highlighted difficulties in extracting the best from the new Dunlop tyres compared to the #97 crew.

“It’s not disastrous, but considering the performance of my team-mate, we should have done a better job,” Whincup told Speedcafe.com.

“I just made a few errors and that put us behind the eight ball, and that was the story of our weekend.

“The race pace was good, as car 97 demonstrated, the car is still quick, I just didn’t piece it together.

“We didn’t quite get a handle on the tyres as well as car 97, but the new tyre is good.

“I can’t win them all, but the car pace was there and that’s the main thing, we’ll just keep chipping away.

“We fought hard, I’m pretty proud of what everyone’s done, we just can’t take a trick with the strategy.

“We put a heap of petrol in and really relied on a safety car. Who would have thought there would be no safety car in 250km?”

“It is so critical where you qualify,” Dutton told Speedcafe.com.

“Sunday would have been a totally different story for Jamie if the shootout went better for him and he was able to show his and the car’s true pace.

“There is only so much you can do but I think we could have done a better job. You have to be super critical before you can move forward.”

Whincup is lying sixth in the championship standings 96 points behind team-mate van Gisbergen.