Kelly to fly lightened engine in for Bathurst 1000 > View 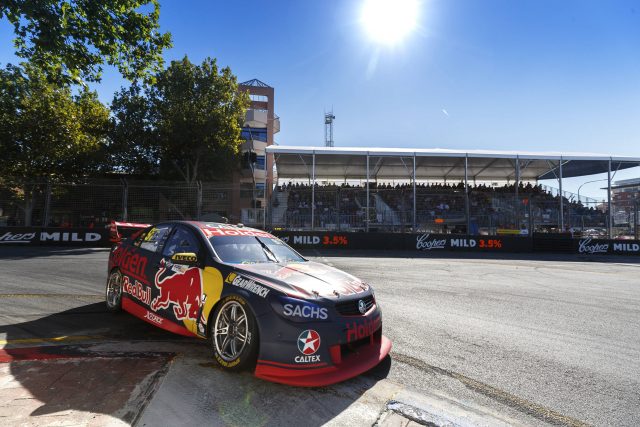 Shane van Gisbergen claimed provisional pole in a hotly contested qualifying session ahead of the final leg of the Clipsal 500.

The reigning champion dug deep to clock new qualifying record 1:19.29s with his final effort which was good enough to take provisional pole.

The full grid will be determined by the Armor All Top 10 Shootout scheduled for 1210 local time.

DJR Team Penske looked as though they would end up fastest after Scott McLaughlin jumped to the top only to be surpassed by the sister #12 Falcon of Fabian Coulthard, who ended up third.

Prodrive Racing’s Chaz Mostert had endured a brief spell at the top of the times before being demoted to fifth ahead of Mobil 1 HSV Racing’s James Courtney.

The Brad Jones Racing duo of Nick Percat and Tim Slade secured a spots in the shootout in seventh and eighth respectively.

Cameron Waters claimed ninth despite damaging his left front wheel following a graze with the Turn 8 wall earlier in the session.

Such was the competitiveness of the session, several familiar names are missing from this afternoon’s shootout, with the top 20 were covered by just 0.8s

Mark Winterbottom was just short of the Top 10 in 11th ahead of Nissan’s Michael Caruso, James Moffat (GRM Commodore) and Craig Lowndes (Triple Eight), who will start today’s race from 14th on the grid.

Tekno Autosports’ Will Davison was restricted to just four timed laps due to unresolved repairs from yesterday’s crash at Turn 8 during Race 1.

The final row of the grid will feature rookies Simona de Silvestro and teenager Alex Rullo.

The Armor All Shootout will begin at 1210 ahead of today’s final 250km race scheduled for 1520 local time.