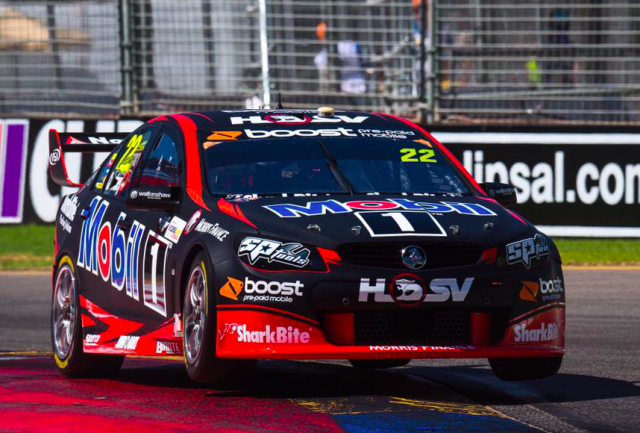 Stewards have decided not to penalise James Courtney following a clash with rookie Simona de Silvestro during today’s second leg of the Clipsal 500.

The Mobil 1 HSV Racing driver made contact with the rear of de Silvestro’s #78 Nissan at the penultimate corner of the Adelaide Parklands circuit, which resulted in a spin for the Swiss rookie.

De Silvestro had been attempting to file into pit lane when the contact occurred.

Stewards reviewed the matter after the race before deciding the incident warranted no further action, according to Supercars.

The decision arrives after Jamie Whincup avoid penalty for causing Mark Winterbottom to spin out in Saturday’s opening heat.

De Silvestro came home a lap down in 23rd position but felt the clash ruined her race.

“I tried to go as fast as I could around that corner and then he just hit me and took me out.

“It was really frustrating because it ruined our race for sure, and I think that’s not the way to really go about it.”

“I was trying to pass Simona and she didn’t have her blinker on,” Courtney told the official Supercars website.

“I didn’t know she was coming into the pits and I was up the inside.

“That’s racing. I’m sorry, I didn’t mean to hit her, but we’re all racing hard.”

Courtney managed to power on to fourth at the chequered flag.