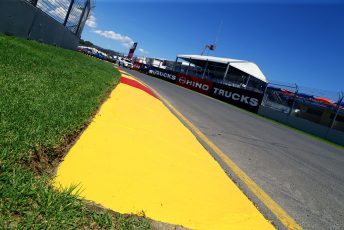 A stunt rider has been hospitalised at the Clipsal 500

A stunt rider performing at the Clipsal 500 has been taken to hospital after an on-track accident.

The rider was injured during the stunt show between race categories in the lead-up to the first of the weekend’s Supercars races.

Spectators who were nearby the incident at Turn 9 said the rider went to take off and flipped over the handlebars, crushing the visor on his helmet.

A spokeswoman for the SA Ambulance Service confirmed a male patient in his 30s had been taken to the RAH by ambulance suffering suspected spinal injuries.

Race organisers were unable to provide any further information on the condition of the rider or the location of the accident.