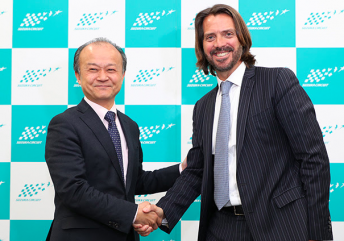 Global GT kingpin Stephane Ratel has announced that his SRO Motorsport Group will stage a 10-hour endurance race for GT3 machinery in conjunction with organisers of the Super GT Series in 2018.

The inaugural Suzuka 10 Hours will be held at the Japanese venue from August 23-26, effectively replacing the iconic Super GT Suzuka 1000km race which will be run for the 46th and final time this year.

Both GT3- and GT300-specification cars, the latter of which race in Super GT under SRO’s oversight, will be eligible for the race, making the Suzuka 10 Hours the first of its kind.

The move thus raises hopes of drawing powerhouse operations from the Blancpain GT Series and other GT championships around the world to the famous figure-eight track.

“I am very excited to be here at Suzuka Circuit to officially unveil the 47th Summer Endurance Suzuka 10 Hours,” said Ratel.

“SRO will fully embrace the event by supporting champions from our numerous affiliated global categories and those teams currently competing in the European and Asian Blancpain GT Series to ensure that it flourishes and becomes a success.”

Next Story Simmons to continue in Blancpain GT Series