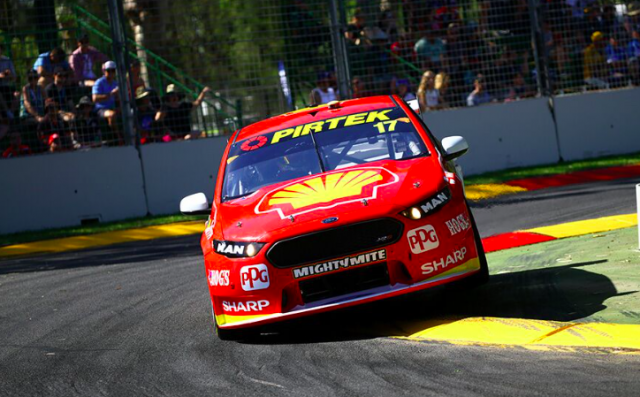 Scott McLaughlin has expressed his surprise at the progress he and DJR Team Penske have made on his first competitive day with the team at the Clipsal 500.

McLaughlin looked set to grab provisional pole in the first qualifying session of the new season before being pipped by defending champion Shane van Gisbergen by just one ten thousandth of a second.

“I wouldn’t say (that I expected to qualify) P2 but I would have been disappointed if I wasn’t in the top ten,”  said McLaughlin.

“I felt after Eastern Creek we had a great test, I felt comfortable in the car, and I think this is the icing on the cake really.

“I was excited for the guys and they’ve worked very hard so there are a lot of new parts on the car. It’s just good to see that it’s all paying off at the moment.”

“It feels much more comfortable to start a season with a year under the belt,” explained van Gisbergen.

“Last year I remember I was still learning guys’ names and stuff like that so it’s much better to start like that, but also that makes Scotty’s job much more impressive.

“He’s probably still in that same boat so he’s going to be tough to beat as he gets more and more comfortable there.”

Critically, McLaughlin is embarking on a new partnership with engineer Ludo Lacroix, who also joined DJRTP in the off-season after departing Triple Eight in acrimonious circumstances.

The 23-year-old hailed the relationship that the pair have developed thus far, paying tribute to the setup of his Shell V-Power Falcon FG/X.

“We’re really understanding each other really well, believe it or not,” said McLaughlin of Frenchman Lacroix.

“He’s found a good balance for me and my car and how I want to drive the car and I think that’s helpful – straight away I got in the car today and felt pretty comfortable.

“There are still little things I need to work on and be comfortable with and confident with the car but it’s absolutely a fantastic start.”