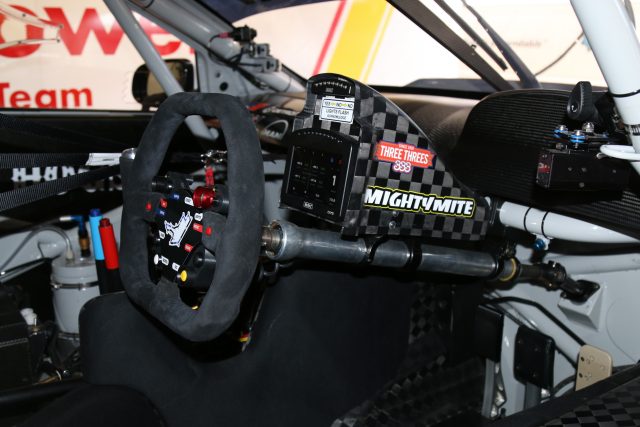 DJR Team Penske believes it has taken Supercars driver safety to a new level following the completion of its upgraded cockpit protection system.

The Queensland team has focussed on improving driver safety by developing its own bespoke components designed to reduce the severity of driver injuries incurred in high speed accidents.

DJRTP debuted a protection tray that extends from the driver seat to the pedal box last year, but the system has since undergone an upgrade ahead of the 2017 season. 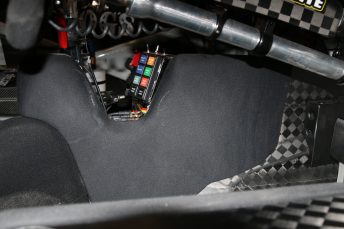 The squad began development on the concept in November 2015 following Chaz Mostert’s horrific accident at Bathurst, where the Prodrive driver famously suffered a broken leg, wrist and knee ligament damage.

In addition to the upgrades, the team has elected to run a new FIA recommended twin net system, fitted to both sides of the cockpit, to limit the movement of a driver’s head in a crash.

The safety devices add an extra five kilograms to the weight of the car which the operation feels is a small price to pay for the safety gains provided.

DJRTP’s latest design follows Erebus Motorsport’s attempt to improve safety with the use of the carbon fibre E-Cell driver seat, developed by Mercedes for its AMG race cars.

Competition director Ludo Lacroix believes DJRTP’s latest system will ensure their drivers are as safe as they can possibly be competing in Supercars.

“All of the system is DJR Team Penske’s work and I have had nothing to do with it, but I am supporting it and pushing it forward,” Lacroix told Speedcafe.com.

“We have decided to run with an extra five kilograms of safety in the car and I don’t care about the extra weight.

“I want the safest car. The safer it can be, the better I feel, especially here at Clipsal.

“It is a massive improvement. It is very close to what the DTM cars have with the enclosed cell and the padding inside.

“We provide the layout and the carbon and the resin, which is a specific non-flammable resin.

“All the foam inside is a specific foam provided for NASCAR and the FIA.

“It is a very safe way of protecting the leg for accidents like those featuring James Courtney at Phillip Island in 2013 and Chaz Mostert in 2015 at Bathurst.

“I’m listening to the FIA and they tell us that to be safest, you should have a twin net system on both sides of the cockpit to protect the head of the drivers and their arms to some degree.

“We have complied with this ruling and we think it is the best practice in the world.

“I think this is what Supercars should be doing.”

The system is not yet mandatory in Supercars but Lacroix is hoping the category will adopt the concept in the future.

“I think Supercars could look to make it mandatory but each team needs to look at its own problems,” Lacroix added.

“It is a safety thing for your driver so you shouldn’t really question it.”

The squad has run the improved driver tray and FIA head protection nets in testing leading up to this weekend’s Clipsal 500. 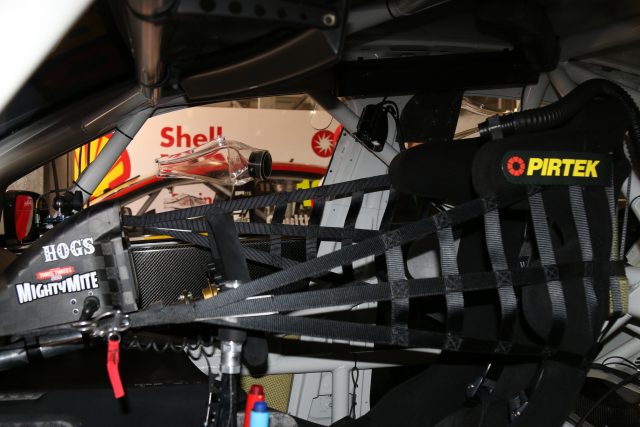