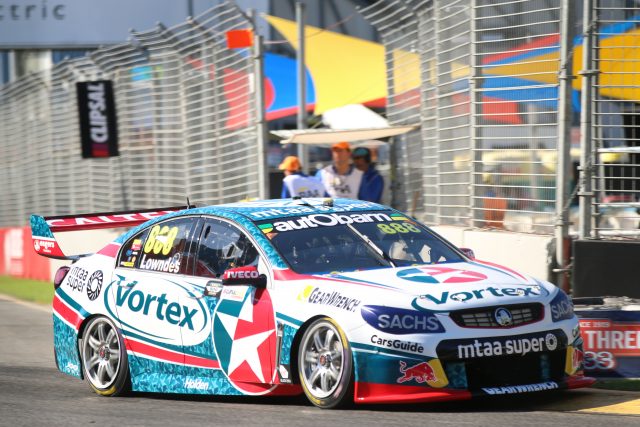 Craig Lowndes has blamed a small driving error during his final effort in qualifying for missing Saturday’s Armor All Top 10 Shootout.

The Triple Eight driver ran wide at Turn 7 on his last lap in a hotly contested qualifying session that saw the top 10 separated by three tenths of a second.

Lowndes is convinced the lap would have earned him a berth in Saturday’s shootout had he not made the critical error coming onto the back straight.

In the end, Lowndes missed out on the all-important top 10 and will instead start the opening race of the season from 13th on the grid.

Despite the mistake, the three-time Supercars champion is happy with the progress his team are making with the car as they adjust to the new specification Dunlop tyres.

“The car is good we are making progress and we should have been in the back end of the top 10, but we made a little error exiting Turn 7,” Lowndes told Speedcafe.com.

“That hurt us as we were only looking for a tenth.

“We have been slowly making progress with the car and Irish (engineer John McGregor) and I are working well together.

“I’m actually happy. The car is nice to drive  and we have learned a lot about the tyre which we will carry into tomorrow.

“Now we can focus on making it into a good race car in Practice 3.”

The Supercars field will take part in a 20 minute practice session on Saturday ahead of the Top 10 Shootout and the opening 250km race of the season, which begins at 1520 local time.