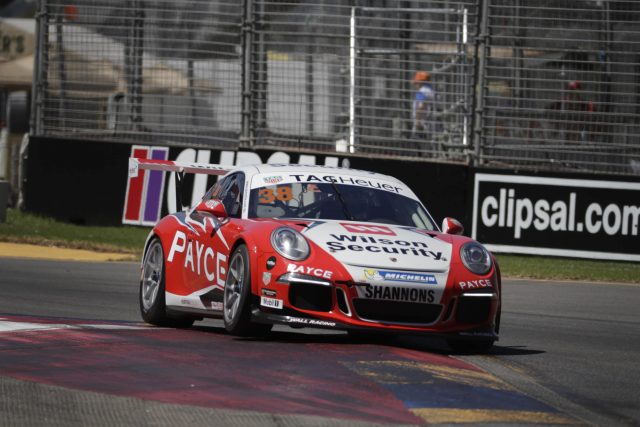 David Wall has ended the opening day of practice for the Carrera Cup with the fastest time on the streets of Adelaide.

After Alex Davison set the pace in the opening lunchtime session to head Wall and Nick McBride, it was the Sydney racer who stepped-up the pace over the final minutes of the faster second session.

Despite the hot conditions, drivers reported track conditions to be very good and the times reflected that pace.

Qualifying will be held in the relatively cooler morning hours and the qualifying record could come under threat.

With rookies including Jaxon Evans and Simon Ellingham and returnees in the likes of Cameron McConville and Andre Heimgartner, the field also includes Porsche test driver Lars Kern who set the eight fastest time in Practice #2.

Both sessions ran incident-free with focus now set to switch to qualifying and the opening 20-lap race on Friday.
VIDEO: David Wall and Stephen Grove speak after practice