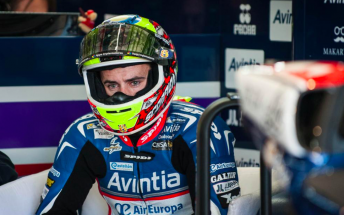 Hector Barbera is at risk of missing the final MotoGP pre-season test after breaking his collarbone during training.

The Avintia Racing rider was riding a 600cc bike at the Circuit de Valencia when he crashed, fracturing his left clavicle.

The Spaniard is set for surgery on Thursday (Spain time), to be performed by MotoGP medical director Dr Xavi Mir at Barcelona’s Hospital Universitari Dexeus.

Barbera faces a race against time to be fit for the Qatar pre-season test, from March 10-12.