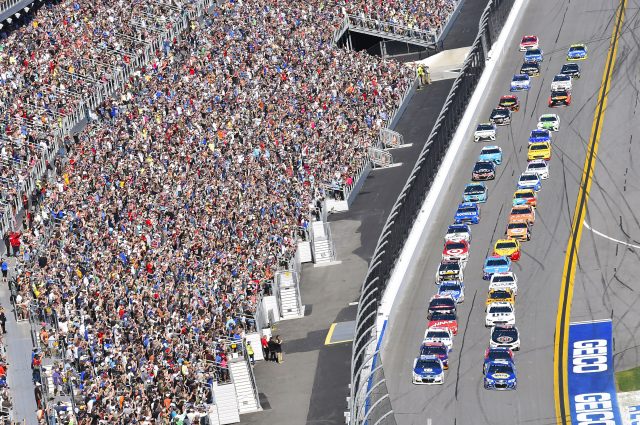 This year’s Daytona 500 was a terrible advertisement for NASCAR. Like Saturday’s Xfinity race it was a crash-fest with half the field eliminated or delayed by accidents.

It was the kind of race that makes many people turn their noses up at NASCAR and an indictment of restrictor plate racing as the silliest form of motor sport known to man.

We also learned a few lessons about NASCAR’s strengths at Daytona. Seven-time champion Jimmie Johnson made $21.8 million last year in salary, endorsements and his share of prize money and licensing.

Dale Earnhardt Jr. was a close second with $21.1 million in income despite missing half the season as NASCAR’s top twelve drivers combined to earn an estimated $168 million in 2016 a decline from 2013’s $192 million.

Meanwhile, Forbes estimated that Rick Hendrick’s four-car team is worth $350 million followed by Joe Gibbs Racing at $250 million and Stewart-Haas at $225 million.

At Daytona, FedEx announced an extension of its long-running sponsorship deal with Denny Hamlin and Joe Gibbs Racing while Roger Penske announced that he’s tied up Joey Logano and sponsor Pennzoil through 2022 and beyond. Without doubt NASCAR is much healthier than any other form of American racing.

But over the past dozen years NASCAR has been faced with an increasing challenge of how to reverse a long downhill slide in TV ratings and crowds at many races. NASCAR has made an incessant series of changes and tweaks in an attempt to create more excitement.

This started with the introduction of ‘The Chase for the Cup’ back in 2004 through the arrival of the ‘Car of Tomorrow’ spec car in 2007 to this year’s brainwave of splitting each race into three parts with bonus points awarded for each segment.

NASCAR hoped and believed that the unpredictable, almost random nature of ‘The Chase’ would create more interest among fans, TV viewers and the media in general. Thanks to the fiendishly complex ‘Chase’ rules it’s impossible to predict who will win the championship until the last of 36 races.

In recent years endless tweaks have been made to the ‘Chase’ format theoretically compelling the drivers and teams to be more aggressive at all times. This year’s move to segmentize each race is another step in trying to make NASCAR more aggressive and appealing.

Yet NASCAR continues to lose rather than gain TV ratings. NASCAR’s TV numbers have been in steady decline for a dozen years falling 45% since 2005 from nearly 9 million viewers per race to 4.6 million last year. Most 2016 races were down substantially from 2015 and the year’s last dozen races, including all the ‘Chase’ races, plunged to record low ratings.

NASCAR enjoys American racing’s biggest and best TV package by far with plenty of income from handsome rights fees and acres of TV time and space. IndyCar and IMSA are seriously hobbled on this front with little more than race coverage and no leverage to negotiate better rights fees. NASCAR on the other hand is in the opening years of a pair of ten year contracts with NBC and Fox through 2024 worth more than $8 billion in all.

So NASCAR enjoys plenty of room to find a way to rebound before the time comes to renew its TV contracts with NBC and Fox. If the current decline continues the rights fees are sure to be much smaller.

NASCAR continues to enjoy star power from its top drivers but it’s going through a big transition right now with Jeff Gordon, Tony Stewart and Carl Edwards retiring while Dale Earnhardt Jr. may be facing the end of his career after missing almost half of the 2016 season because of a concussion. 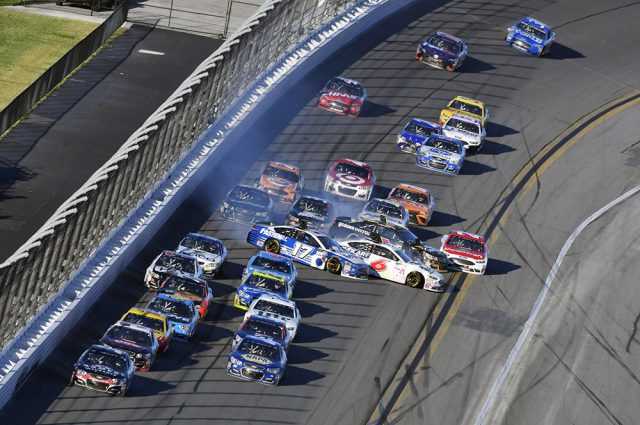 Neither the likes of Jimmie Johnson, Kyle Busch, Joey Logano or Brad Keselowski seem to inspire the same passion from the fans and it will be interesting to see if newcomers like Kyle Larson, Chase Elliott or some of NASCAR’s other up-and-comers are capable of emerging as major personalities or superstars.

For his part, Roger Penske believes NASCAR is doing well despite the declines in TV ratings and crowds at many races.

“I think NASCAR is in great shape,” Penske declares.

“The average NASCAR race draws close to 100,000 people. I ran the Super Bowl in 2006 in Detroit and we were glad when we had 75,000, so I think to have a Super Bowl every weekend in NASCAR is pretty good. All sports are suffering a little bit from the TV perspective, but you’ve got to add the social media aspect.

There are a lot of new things out there and a lot of streaming, and I think when you look at the whole picture and combine everything NASCAR is in great shape.”

Yet NASCAR’s traditional season-opener in Daytona serves to emphasize the persistent challenges the organization faces. Like many other tracks, crowds at Daytona have been in decline for years. Race day for the 500 continues to draw well and the infield is jammed with motorhomes but crowds for the rest of the week from the ‘Clash’ to Thursday’s qualifying races, Friday’s truck race and Saturday’s Xfinity race are way down from days of old.

In the past week major media from Fox News to the Wall Street Journal have run stories about NASCAR’s decline. It’s become the over-riding story about NASCAR and so it will continue until there’s some signs of a turnaround.

One element in American racing’s struggles in the marketplace is the sport’s failure to make itself a common cultural component of life in America. Most major sports–football, baseball, basketball, hockey and increasingly soccer–are played by kids in grade school, high school and college. There’s a clear pyramid from the NFL, NBA or MLB at the pinnacle down to the grassroots.

Through high school and college every family in every corner of the country is exposed to these sports which are deeply rooted as essential parts of community life in America.

But not so in motor racing. Instead we have more than 200 sanctioning bodies trying to sell their products, ranging from NASCAR, IndyCar, IMSA and NHRA through off-road racing, midgets and sprint cars, modifieds, a vast collection of road racing, etc. There’s an endless array of different types of race cars and their brand names or logos competing with each other for identity and media space.

The giant jumble of sanctioning bodies is a tremendous celebration of diversity but it’s a very bad thing for the sport as whole.

I believe NASCAR missed an opportunity in the nineties and through the early years of the new century when ISC and SMI built many new tracks across the country.

This expansion made NASCAR a national sport but they failed to make these tracks multi-purpose facilities operating for many weekends each year with a variety of sanctioning bodies and as wide a range of other forms of racing as possible.

A more enlightened approach embracing everything from Friday and Saturday night short track racing to karting could have built a much broader impact for the sport.

But that’s a very big, difficult job requiring the kind of powerful but wise leadership the sport lacks. Instead, racing’s fractious ways have stopped the sport from making any inroads on the overall popularity of the traditional stick and ball sports. And of course, over the past fifteen or twenty years soccer has made huge strides in becoming a bigger sport in America than NASCAR or any form of racing.

Another problem for racing is that the drivers have become marketing tools, sublimating their personalities to the need to promote and service their sponsors. This is a plague on all forms of racing as young drivers learn market-speak from an early age in the eternal quest for sponsorship. The days of Dale Earnhardt habitually using his fender, laughing it off and speaking his mind are long-gone.

If either Bill France Sr. or Jr. returned to earth today they surely would be disgusted with the giant bureaucracy that runs NASCAR. And when they heard that NASCAR has been working with fan focus groups and a driver’s council to determine policy and rules I can hear Bill Jr. saying: “Who the hell are all these people? Fire their asses!”

More than ever, the sport cries out for powerful, inspired leadership. 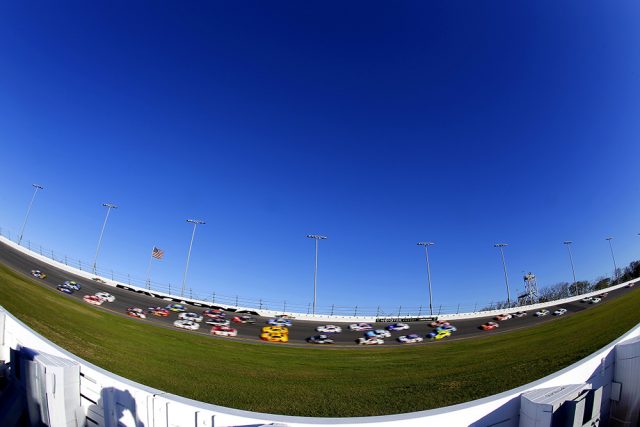