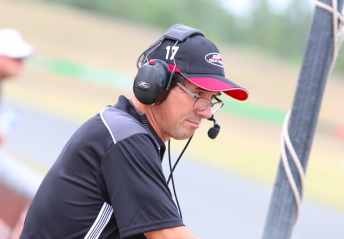 The make up of McLaughlin’s engineering group has been unclear with radio duties shared amongst the team at the shakedown of the Kiwi’s new chassis at Queensland Raceway last week.

Lacroix returned to race engineering duties last season for the first time since 2006 when he worked directly on Craig Lowndes’ #888 Team Vortex entry.

“It’s an opportunity for Ludo to play a hands-on role and really understand what it is that we have and drive the whole team forward using that understanding,” DJRTP managing director Ryan Story told Supercars.com.

“He has so much to offer and having a hands-on role running a car will help that understanding of the strengths and weaknesses of the package to help aggressively accelerate our development.”

The pair are set to work together at today’s official tyre test at Sydney Motorsport Park.