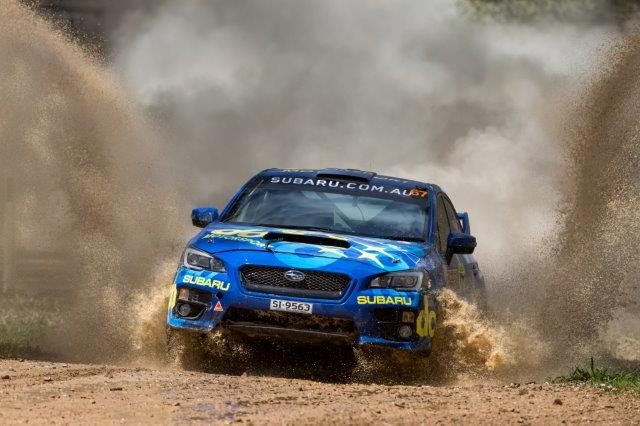 Subaru Australia has confirmed that its re-emergence in domestic rallying will continue in 2017.

Running in Group N last year, Taylor and Hayes pulled off a brilliant championship victory at the deciding round run in conjunction with the World Rally Championship finale at Coffs Harbour last November.

A new WRX STI is being readied by Launceston’s Les Walkden squad ahead of the six-round ARC which starts with the Eureka Rally at Ballarat from March 17-19.

“After the excitement and achievement of 2016, we’re keen to take up where we left off,” Subaru Australia managing director, Colin Christie, said.

“Molly is a great Ambassador for Subaru.

“We’re humbled by the amount of attention she’s gained, especially with the young audience, where she’s an inspirational role model and has attracted attention way beyond the core rally audience.

“By going to the PRC class we can give Molly and Bill a little more leeway in the new car’s performance, while retaining the essential Subaru WRX STI ingredients of turbocharged Boxer engine and All-Wheel Drive.”

Taylor, the daughter of four-times Australian Rally Championship winning co-driver Coral Taylor, is still fizzing at her achievement to win the title in a tense three-way fight last year.

“The excitement of our championship win still hasn’t subsided, but I’ve certainly learned and grown as a driver a huge amount over the past year,” Taylor said.

“Having a year under my belt as a factory team driver has taught me a lot more about focusing, which has really helped me improve.

“One of my key learnings from last year is the importance of the ‘one percenters’, keeping that attention to detail and improving every area, no matter how small, so that we’re always in the best possible position.”

Taylor and Hayes’ 2016 triumph was the 11th ARC crown for Subaru which is intrinsically linked to rallying.

It had a sequence of titles from 1996 to 2005 before withdrawing from the sport and re-emerging last year.