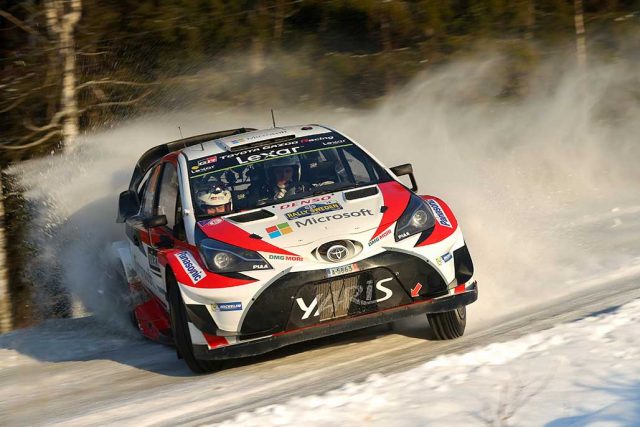 Latvala put Toyota back on top in the WRC

Jari-Matti Latvala has given Toyota its first win in the World Rally Championship since China in 1999 with victory at Rally Sweden.

On just its second event since returning to the WRC at last month’s Rallye Monte Carlo, where Latvala claimed second, the Tommi Makinen-run Toyota Gazoo Racing squad claimed the top step in the snow and ice of central Sweden.

It was the Finn’s 17th career victory and fourth in Sweden. It came after he had to fend-off the twin Ford attack of Ott Tanak and Sebastien Ogier.

Latvala began the final leg with a slender 3.8sec lead over Tanak after long-time leader Thierry Neuville crashed on the previous night. He won all three snow and ice-covered speed tests in his Yaris World Rally Car to extend the margin to 29.2sec.

He claimed maximum bonus points from the Power Stage and now holds a four-point lead in the drivers’ standings.

It is the first time any driver other than four-time champion Sebastien Ogier has led the championship since February 2014.

“I am so, so happy. For a new team and new car to win its second rally. I really have no words,”said Latvala.

“I think I drove my best power stage ever today. Huge thanks to all the team. Now we are super-motivated to continue like this; I just can’t wait to get to Mexico.

“It’s fantastic to win but I also feel very sorry for Thierry Neuville, who lost the lead yesterday at the super special stage. I have been in a similar situation myself in the past, so I completely understand how he must be feeling now.

“We know we were lucky, so we need to carry on improving and working for our goal.”

Tanak had the upper hand on Latvala yesterday when he closed in. The Estonian was unhappy with his car’s handling during the final day and after conceding seven seconds in the opening special stage, he settled for second, matching his career-best result.

Team-mate Ogier was also in the victory fight but a spin in the first corner of the opening test ended his hopes and he finished 30.3sec behind Tanak.

Dani Sordo was the top Hyundai finisher in fourth following Neuville’s accident. The Spaniard finished ahead of Craig Breen (Citroen), Ford’s Elfyn Evans and New Zealand’s Hayden Paddon who had a challenging weekend. 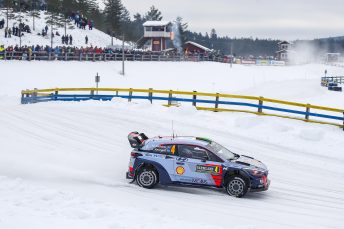 Paddon scored his first points of the season

“Things just didn’t click for us 100% but we used this morning to try a few things and there are definitely things we can learn for future rallies,” said Paddon.

“We gave it a bit of a push in the Power Stage and finishing P7 gives us some points to kick-start our Championship.

“I am positive about this car and the direction we are heading, so it’s a case of onwards and upwards.”

Next up for the WRC is the first gravel rally of the season at Rally Guanajuato Mexico on 9 – 12 March.