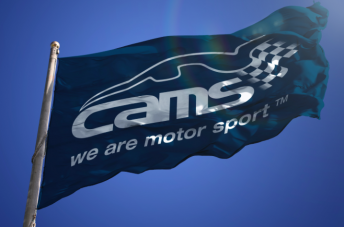 Warburton is urging CAMS to review its Superlicence procedure

Supercars CEO James Warburton has called for a review of the CAMS Superlicence system after rookie Matt Chahda was denied a dispensation to join the 2017 Virgin Australia Supercars Championship.

Chahda was announced as Lucas Dumbrell Motorsport’s new signing at today’s Supercars season launch in Adelaide despite the team being told by CAMS that his Superlicence application had been rejected yesterday.

The Superlicence procedure was introduced this year to ensure a certain driving standard is maintained in Australia’s premier circuit racing series.

While 23-year-old Chahda met the age requirements, he failed to reach the required minimum of 13 points accrued from championship finishes in national categories over a five-year period.

The rejection arrives after CAMS granted a race-by race provisional Superlicence to 16-year-old Alex Rullo, who joined LDM earlier this week having failed to meet both levels of criteria set out by CAMS.

Warburton agrees the system needs to be in place on safety grounds but is urging CAMS to amend the points structure.

“The fact is we have this new system and it is a ‘no’ on both drivers unless they get a dispensation, and from that perspective the Superlicence needs to be reviewed,” Warburton told Speedcafe.com.

“The points tables are wrong. It is way heavily skewed with self interest in regards to Formula 4 and I think the system needs a complete review.

“If you look at Formula 1 they put their system in place for exactly the same reasons but it was a 14-month implementation.

“It is in place and that is the regulation they will be judged under.

“I feel for Lucas (Dumbrell) but on the other side of the coin I support everything we are attempting to do in the essence of safety.

“CAMS do a wonderful job for us and we operate under their licences and that is the way it is.

“It is all there for the right reasons but it needs to be rolled out properly.”