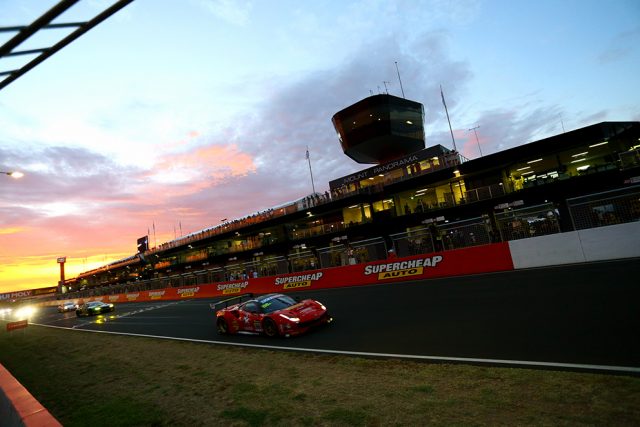 Organisers have made assurances not to meddle with the class structure of the Bathurst 12 Hour in the wake of the successful 2017 edition of the sportscar classic.

The natural evolution of the race spearheaded by the flourishing class-topping GT3 machinery saw record activations by manufacturers and other OEM’s including control tyre supplier Pirelli at this year’s event.

Coupled with growing crowds, television and international livestreaming reach, the 12 Hour is firmly entrenched as a world class endurance race.

While the growth is staggering, promoters have dispelled any chance that one of the evolutionary pathways is to move to a GT3-only event.

Supercars oversaw its second 12 Hour after taking over the ownership of the race from James O’Brien’s Yeehah Events company last year.

Event director John Casey, who oversees the race through the Supercars Events arm, said the edict is to stick to the multi-class structure of Class A (Amateur, Pro-Am and Professional), Class B, Class C and Class I.

“For me the less we touch the better,” Casey affirmed to Speedcafe.com.

“Where there are opportunities to clarify rules and make the participating environment more predictable for competitors then we will do that.”

While the grid numbers are on the rise with a field of 51 cars taking the start, reaching grid density is not a priority for organisers.

“There are 36 garages so in theory you could have two cars per garage which could swell it to 72,” Casey added.

“But for me, the game is not to aim for 72 cars. I think that is a meaningless objective.

“What we are focussed on is having a broad representation of manufacturers, of classes and of local and international drivers.

“That is far more important than a car count.

“Where we have ended up this year is a good balance of outright numbers and yet providing a good workable environment for the teams and drivers.”

In terms of expanding to a Le Mans-style Garage 56 experimental class in the future, organisers remain open to such an idea, however it too is not on the list of priorities.

“I wouldn’t say no to anything. It’s a possibility,” Casey said when posed with a Garage 56-type class.

“But in terms of priorities the thing we need to move to is a greater distinction between Amateur, Pro-Am and Pro classes.

“I can see a time, whether it is next year or the year after, when the Am class should just be for Am drivers.

“At the end of the day we have to provide a good environment for the car owners as an event they are excited to be participating in.

“It’s great to have the Pro teams and everything that brings but it doesn’t make sense to grow one end at the expense of another.

“We have to protect the fundamental part of GT racing which is in the service of the owner-driver.

“Without the amateur participation of this event, we don’t have a 12 Hour.

“It’s very important that we focus on getting that bit right.”