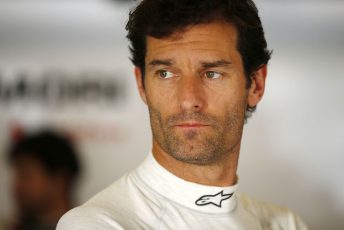 Celebrated engine builder Steve Knott has been remembered as a ‘real racer’ by the Australian motorsport community.

A funeral service was held for the 65-year-old at Castlebrook today, 42km north-west of Sydney, after he was tragically killed in a bulldozer accident on his property recently.

A noted engine builder who is responsible for having a big influence on the careers of several generations of racing drivers, Knott was responsible for building the engine in Mark Webber’s first Formula Ford in the early 1990’s.

Webber, who was unable to attend today’s service due to prior commitments, offered some kind words about Knott who had a lot to do with the nine-times F1 grand prix winning driver early in his career. The retired Webber, who attended last weekend’s Bathurst 12 Hour and is now well entrenched in his ambassadorial role for Porsche, was devastated by the news which was broken to him by his dad, Alan who represented the Webber family at the service.

“(he was a) Bloody good bloke. I saw him only in the last few years at the odd event here and there,” Webber told Speedcafe.com.

“It was a real shock to hear (that he had been killed).

“He didn’t deserve that at all. A really tough way to go.

“He was a racer and he taught me a lot really. They (Steve and wife Virginia) use to babysit me a lot. I was at the workshop, spending a lot of time there.

The service was packed to overflowing with mourners who paid their respect with eulogies read by good friend and passionate racer Mal Rose, on behalf of the motor sport community.

Rose said in a touching eulogy: “Throughout these years, Steve helped many of today’s top drivers win their Formula Ford Australian Championships.

“And not forgetting Mark Webber.

“Mark may have not won an Australian title in Formula Ford however the influence and guidance of Steve and not forgetting Virginia, Mark is now one of Australia’s most well known race drivers.”

Knott’s nephew Joel Knott read out a tribute on behalf of the family.

Next Story DJR Team Penske manager returns to US