Formula One this year enters a new post-Bernie Ecclestone era and it will be intriguing to see where John Malone’s Liberty Media and CEO Chase Carey take F1 in the coming years. Carey has declared that he wants each Grand Prix to become a week-long festival, more Super Bowl-like.

Carey also says he wants to establish an additional US Grand Prix in a major city such as New York, LA or Las Vegas. Both these things, dare I say, are easier said than done.

To me, F1 needs more races like the Canadian GP at le Circuit Gilles Villeneuve on Ile Notre Dame in downtown Montreal. Villeneuve’s legend infuses the race with gladiatorial charisma and is essential to the huge following F1 enjoys in Quebec.

Big crowds fill the place all weekend and the city brims with enthusiasm for the sport. Ferraris are parked everywhere, streets are closed for racing and car shows and numerous TV talk show hosts, newscasters and weather people love to broadcast live from the track. It’s also difficult to match the logistical and aesthetic pleasures of running the race in a large park that’s separate from the city but easily accessible by car or metro trains.

Over the years many people have dreamed about establishing a similarly successful downtown race south of the Canadian border in Manhattan, LA or Vegas. Plenty of money and political capital have been spent with no success. F1 and CART raced in Caesar’s Palace’s parking lot for four years in the early eighties and Champ Car ran a street race in downtown Vegas in 2007 but these were third-rate events lacking everything that makes Montreal a superb venue for F1.

What can I say about New York? From every perspective–politically, financially, logistically–it’s always appeared an impossibility. Maybe Carey and Liberty Media will surprise us and strike a deal with President Trump to stage the mythical Manhattan street race. A presidential executive order may be the only way F1 cars ever will race anywhere in or around New York.

As far as LA is concerned it would be a similar political, financial and logistical nightmare. And of course, the great LA street race already exists in nearby Long Beach. If Liberty Media is serious about LA, Malone and Carey would make a deal to buy Long Beach, invest in upgrading the track and facilities and bring F1 back to where it belongs in Southern California.

Which brings us to the vexed question of bringing some top American driving talent to F1. If F1 is to thrive in America it must feature a superstar who the US fans and media can cheer for like they enjoyed back in the days of Phil Hill, Dan Gurney and Mario Andretti. That means making a deal with Roger Penske to buy Josef Newgarden’s contract and place Newgarden in a top F1 team. Only Mercedes, Ferrari or Red Bull will do. Any lesser team will be a waste of Newgarden’s time and Liberty’s money. A big move like this is essential to making F1 a success in America. 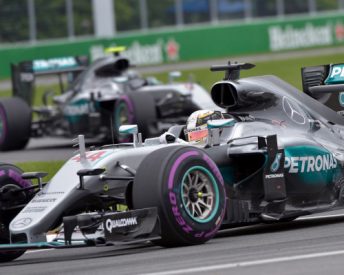 It’s also essential for Liberty Media to invest in a scholarship program designed to develop aspiring young American F1 drivers. The likes of Red Bull, Mercedes and Ferrari spend massive amounts of money sponsoring and developing young drivers and Liberty must do the same in America. It’s sure to be expensive but is a necessary component in making F1 a major sport in the USA.

One problem in tackling this matter is that in recent years Mazda has developed a first-rate ‘Road to Indy’ ladder system. If Liberty were to create a ‘Road to F1’ system it would be sure to create confusion and conflict with Mazda’s program.

Over the years competing sanctioning bodies, brands and formula have played havoc with American open wheel and sports car racing. Open wheel racing in America needs a clear brand but a ladder system that has an identifiable place in American sports and entertainment culture. In order for F1 to achieve success in the United States Liberty will discover that it must work with IndyCar. Is that possible? Seems unlikely.

Malone and Carey may well discover the only solution to building a proper F1 driver scholarship program and promoting the most accomplished, best-known young American open-wheel drivers to F1 is to overpower or buy IndyCar and rebrand the IndyCar series as F1 America. Buying Long Beach would be a natural part of an aggressive strategy is this kind.

To many people, these ideas are lunatic heresies. But it’s the kind of out-of-the-box thinking that’s required if F1 is seriously to establish a foothold in America and if IndyCar on the other hand is ever to recover its lost glory days. Are John Malone, Chase Carey and the powers-that-be at IndyCar capable of meeting these very big challenges? Time will tell.