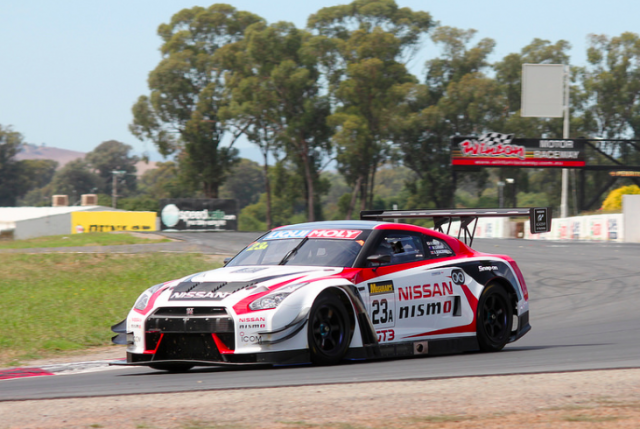 Nissan is ready to take on the world’s elite GT3 drivers and teams at next week’s Liqui-Moly Bathurst 12 Hour following a positive shakedown at Winton.

The Japanese marque completed its final preparations for the February 3-5 Mount Panorama endurance classic by shaking down a recently built GT-R GT3 at the rural Victorian circuit.

Nissan Supercars star Michael Caruso shook down the #23 chassis which he will share with Japanese superstar Katsumasa Chiyo and factory driver Alex Buncombe at Bathurst.

The car is one of two factory supported GT-R GT3s at the event with the sister entry to be piloted by former Bathurst 12 Hour winner Florian Strauss, Jann Mardenborough and Todd Kelly.

The shakedown provided valuable track time for the team to prepare the new car for Bathurst while also offering Caruso a chance to familiarise himself with the GT-R again.

Caruso has had limited running after planned Australian GT outings in New Zealand last November in the team’s sister car were cut short.

Expected to be among the contenders for the outright victory, having won the event in 2015 and finished second in 2016, the 33-year-old believes there will be no room for error next weekend.

“The car is ready, I feel ready and I think the rest of the guys are too,” Caruso told Speedcafe.com.

“There is no doubt the competition has stepped up quite a bit compared to years gone by, so we are going to have to be at our best. 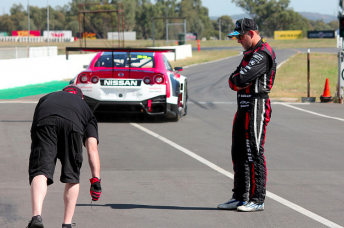 Todd Kelly clocked up laps in the GT-R

“There is probably no more pressure than representing them in the Supercars Championship. I think it is more excitement that I’m feeling at the moment.

“It is pretty special to get to shakedown a new GT-R straight out of Nismo and have that responsibility.

“I only did 20 laps or so but it was important to get the installation done and the boys were happy.

“Everything ran smoothly and it was good opportunity to remind myself about left hand drive, ABS and traction control.”

Todd Kelly was also present at the shakedown to experience the GT-R GT3 for the first time.

Preparing for his first Bathurst 12 Hour, Kelly was impressed by Nissan’s GT3 offering having spent the majority of his career racing V8 Supercars.

“I’ve spent the whole day trying to erase 20-odd years of learning how to drive a race car because the only car I’ve driven in recent times is a Nissan Altima Supercar,” said Kelly. 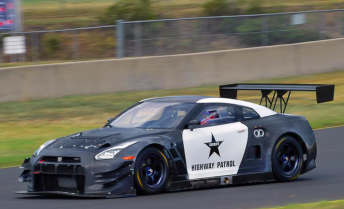 “Bathurst is going to be quite a lot different to Winton – a lot faster, high speed and high lateral loads, but Winton is the kind of track that I need to have my first run in the GT-R.

“It has a lot of really hard braking and tight corners where I’ve been able to get used to the ABS and traction control.”

Nissan will also be represented by two privately run GT-R GT3s campaigned by Hobson Motorsport, who announced its driver line-up earlier this week.

The Sydney-based squad completed a shakedown of its cars at Sydney Motorsport Park on Tuesday.