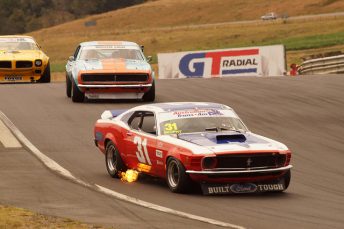 Leading Heritage Touring Car driver Carey McMahon will return to the Australian Trans-Am ranks for a one-off drive at the New Zealand Festival of Motor Racing at Hampton Downs this weekend.

“I’m very much looking forward to participating in the Kenny Smith Festival. The opportunity to drive Woody’s Trans-Am Mustang was simply an offer too good to refuse,” McMahon said.

“I haven’t been there before but I’ve heard that they’ve got fantastic facilities and running on the new extended track is going to be awesome.”

The meeting is the second of back-to-back weekends which this year honours New Zealand racing legend Ken Smith who has competed for an unbroken 54 years. 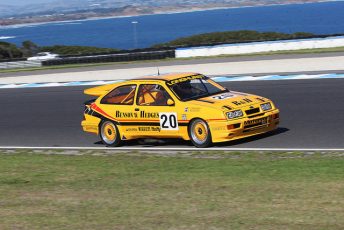 While McMahon sampled John English’s Trans-Am Mustang at Queensland Raceway last year, he is still coming to terms with the driving style required to handle the Trans-Am cars.

“They’re older technology, so they don’t steer into and out of corners like a later model car as the Group A Sierra (which McMahon raced in the HTC last year) does.

“The Sierra runs full slicks whereas the Trans-Am cars run on these conventional-style Hoosiers, and that’s a tyre I haven’t had a lot of experience driving on.

“There’s a real art to driving on those tyres and learning to drift the car with those tyres.

“I love these Aussie vs Kiwi challenge events and am excited about joining the other Aussies for a great weekend of racing.”