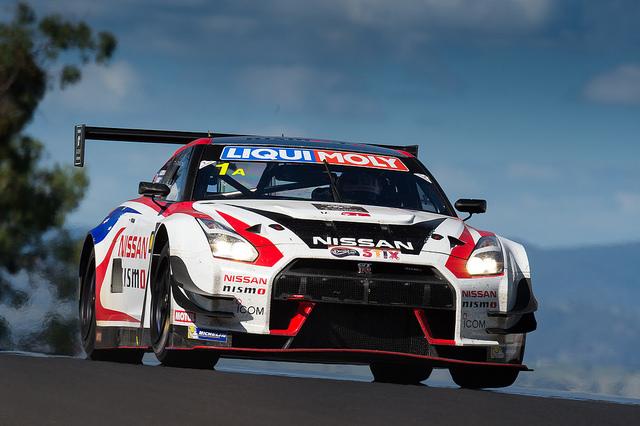 Nissan will field a powerful mix of domestic and international driving talent with highly rated Brit Jann Mardenborough joining the twin GT-R attack on the Liqui-Moly Bathurst 12 Hour from February 3-5.

The #23 entry will be headed by the blindingly quick former winner Katsumasa Chiyo, Alex Buncombe and Michael Caruso.

The two GT-Rs will be prepared by a combination of engineers, mechanics and staff from Japanese-based NISMO International, Team RJN from the UK and the local Nissan Motorsport Supercars team.

Mardenborough, 25, a former GT Academy winner is a valued member of the NISMO factory program and will be having his first start at the revered 6.2km circuit.

The Brit is coming off his first season in Japan in 2016 where he competed in Super GT and Formula 3.

Kelly, a former Bathurst 1000 champion and experienced Supercars campaigner, is making his debut in the once-around-the-clock enduro.

“The car has been in at our workshop for quite a while now, and every time I walk past it, I always stop and take a second look at it,” Kelly, co-owner/driver of the Nissan Supercars team, said.

“I haven’t driven the car yet but I’m really looking forward to the opportunity to drive it at Bathurst.

“Florian has won the race before and Jann is one of the most exciting young drivers in the world.

“It will also be the first time in a long time that I will just turn up with my helmet and be a race driver.” 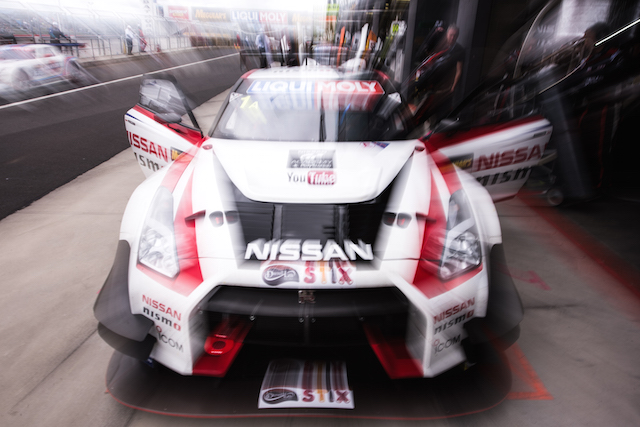 In three previous factory attempts at the 12-Hour, Nissan has recorded a DNF in 2014, a win in 2015 and a narrow second place last year.

Chiyo, the only driver who has made all three of Nissan’s factory 12 Hour starts, fell just short of a second victory last year when together with Rick Kelly and Florian Strauss the trio were pipped by the McLaren 650S.

“I’m really looking forward to having a crack at the Bathurst 12 Hour again this year with my Australian family, Team Kelly and Team RJN,” Chiyo said.

“I have strong team-mates. It’s like a dream team. “I’m always excited when I hear about the Bathurst 12 Hour.

“It is such an amazing track, awesome fans with amazing history.

“In 2015, we achieved winning the race after a dramatic finish. Last year, we tried to defend the title, but we were beaten by the McLaren.

“This year, I think our mission is simple – win back the trophy for the Nissan GT-R.”

Mardenborough, who made the transition from gamer to racer, said he is thrilled at being given a chance to compete at the mountain circuit.

“It’s a race I’ve watch on television and played on PlayStation,” Mardenborough said.

“Just playing the game, Sector 2 looks mega, so I can’t imagine what it will be like on the first lap and on qualifying tyres.”

There are still several Class A runners yet to formally announce driver combinations.

Among these are the pair of Wall Nissan GT-Rs, the HTP Mercedes AMG GT GT3, the German-entered Walkenhorst BMW M6 GT3 and the two Tekno-entered McLaren 650S entries.

A definitive entry list including drivers is expected soon.