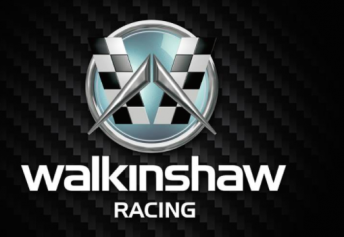 Walkinshaw Racing has chosen its Twitter account to announce the date when it will launch a new name and fresh look for the 2017 Virgin Australia Supercars Championship.

Posting a simple darkened image to build anticipation for the reveal, the team has chosen February 6 as the day it will enter a new era.

With the Holden Racing Team brand name switching to the Brisbane-based Triple Eight squad, Walkinshaw faces a challenge of becoming not only a consistent competitive force again but re-inventing an entity that fans can become passionate about again.

“We haven’t got the same name over the door but we are not going to call ourselves a new team like everybody else seems to do,” Walkinshaw managing director Adrian Burgess told Speedcafe.com.

“We finished the year off strongly and we were very competitive at the final event in Sydney. GT won for us at Sandown and we were becoming more competitive.”

Its launch day is slated for a day after Walkinshaw will field its first entries in the Bathurst 12 Hour with a factory Porsche 911 GT3 R for drivers Earl Bamber, Kevin Estre and Laurens Vanthoor and a similar machine which will see a pro-am line-up which have yet to be announced.