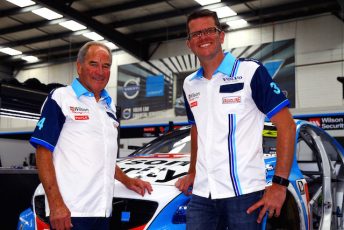 Garry Rogers Motorsport is still yet to officially announce which engine package it will run in the 2017 Virgin Supercars Championship.

In formally posting a team release welcoming Garth Tander back to the Dandenong operation, the issue over its continuation with the Volvo B8444S powerplant remains clouded.

The legal wrangle brought on by GRM against Volvo Car Australia failed to resolve differences at the mediation deadline set by a Federal Court judge earlier this week.

It is understood that GRM is pressing ahead with its pair of S60 Volvos with Chevrolet engines next year although when asked by Speedcafe.com team boss Garry Rogers would not be drawn into comment. 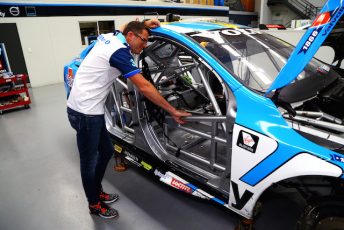 With the onset of the Gen 2 regulations from next season, previous rules preventing cars running different engines are now null and void.

“In the meantime, we are preparing our cars for testing prior to the first event in Adelaide, this may require some additional energy and effort from the GRM team until we are able to finalise the engine configuration for our cars.”

Tander is returning to the team which supplied him with his maiden Supercars drive in 1998 with the 39-year-old remaining at GRM until 2004, claiming a maiden Bathurst 1000 win in 2000 alongside Jason Bargwanna.

“I know he (Tander) has a lot of positives for us, the team and all our sponsor group,” Rogers said.

Previous Story Tailem Bend closes on Supercars round for 2018