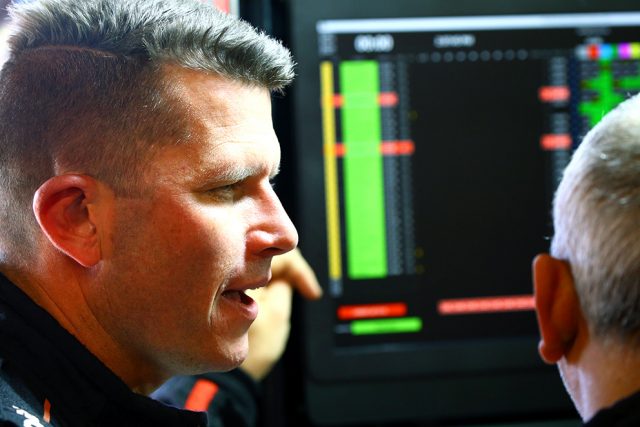 Firm confirmation of Tander’s return to his Supercars foundation team has come amid the team’s legal battle with Volvo.

Tander’s appointment to GRM arrives two days after mediation talks between GRM and Volvo Car Australia about the continued use of its S60s next season failed to reach any solution.

It will be a home-coming for Tander who cut his Supercars teeth with GRM immediately after taking the Australian Formula Ford title in 1997.

Tander was pitched into the GRM operation in 1998 where he remained until 2004.

The 39-year-old’s best season with GRM was in 2000 when he finished second in the Championship and also took his maiden Bathurst 1000 win alongside Jason Bargwanna.

He ran with the HSV Dealer Team from 2005 until 2007, the year he won his maiden Championship title.

Tander then moved across to the Holden Racing Team in 2008, the start of what would become a long association with Team Red.

He learnt the HRT would cut him loose at the end of the 2016 season only days after supplying the squad with its final win under the HRT banner alongside Warren Luff in the Sandown 500 in September.

Next Story Tailem Bend closes on Supercars round for 2018