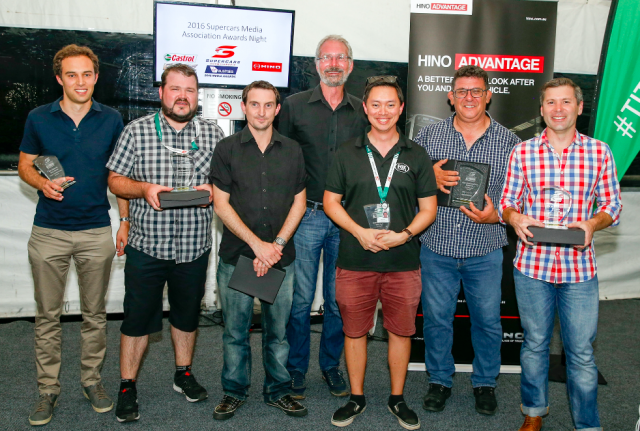 Speedcafe.com’s run of success at the Supercars Media Awards has continued in 2016.

The two new events featured on a draft 2017 Supercars calendar before eventually being pushed back to a planned 2018 introduction.

Bartholomaeus’ latest triumph is his sixth Supercars Media Award in the last three years and adds to the CAMS Motor Sport Journalist and News Story of the Year awards he won in 2015.

Fox Sports also won the Best Television program for their Bathurst Legends documentaries and the new Most Outstanding use of Social Media/Online Content category with the innovative Fox Vision app.

Richard Craill claimed the best commentator for the fifth consecutive year while SEN’s ‘On the Grid’ program was recognised as the Best Radio/Podcast category.

Legendary television broadcaster Mike Raymond was inducted into the Hall of Fame in recognition for his services to the sport.

There was also a special tribute to pioneering motoring journalist Bill Tuckey, who died in May this year.