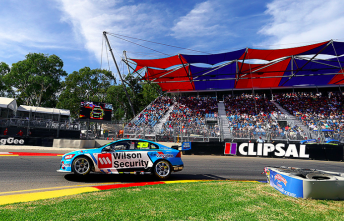 Clipsal has sponsored the Adelaide 500 since 2000

Clipsal will end its naming rights sponsorship of the annual Adelaide 500 Supercars curtain raiser after 2017.

The news, revealed by the Adelaide Advertiser, will bring an end to a long association between the Supercars event and the electrical accessories brand which stretches back to 2000.

Its current contract is due to expire at the end of 2017 with the company citing a change of its marketing approach for electing against renewing the contract.

“After a long and fruitful relationship, we have made the difficult decision not to renew our naming rights sponsorship of the Clipsal 500 Adelaide,” Gareth O’Reilly, zone president and managing director, Pacific at Schneider Electric, said.

“This is as a result of a change to our global marketing approach – we’re currently working on new ways to connect and engage with more of our customers, which we’ll share in due course.

“We thank The Motor Sport Group for the significant role it played in connecting our brand to our customers.”

According to the Adelaide Advertiser, the event is already involved in negotiations with a potential new naming rights partner.

Service station chain ‘On The Run’, owned by the Shahin family, who are in the process of constructing a new motor racing at Tailem Bend, has been named as a contender to take over the naming rights.

Sports minister Leon Bignell thanked Clipsal for its support of the event.

“The State Government looks forward to working with a new partner in the lead-up to 2018 and beyond,” Mr Bignell said.

“South Australians love supercars – with this year’s event generating more than $60 million for the state’s economy.

“The State Government has appreciated the strong support of Clipsal since 2000 and we thank them for their association with the biggest domestic motor racing event in Australia.”