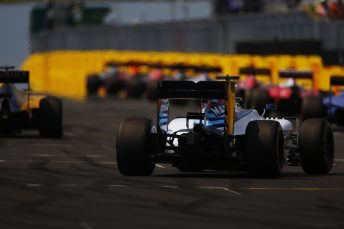 F1 team principals have agreed to the new procedure having originally voted against the concept being added to the 2015 regulations.

However, the idea was tabled to teams again by Bernie Ecclestone in an informal meeting with teams in Abu Dhabi on Friday, which resulted in unanimous agreement.

It is understood Ecclestone’s reasoning behind the regulation is to improve the overall F1 show for spectators and viewers.

From next year once a Safety Car peels back into the pits the cars will form up on the grid in their current order for a start to resume the race.

While the teams have agreed in principle to the idea, it will need to be approved by the F1 Strategy Group and F1 Commission before receiving the green light from the FIA at the World Motor Sport Council on November 30.