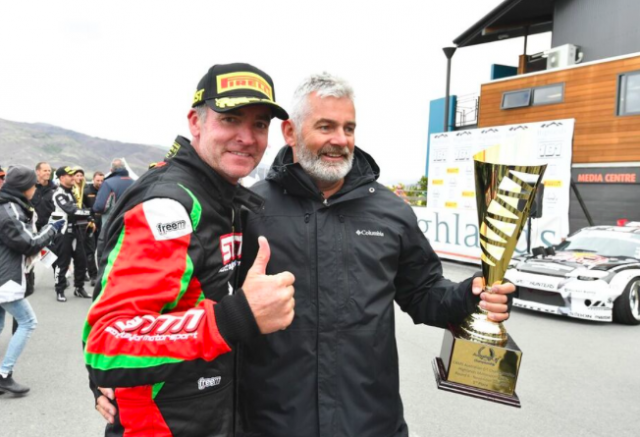 Still on crutches after his recent Carrera Cup crash, Scott Taylor watched on as Craig Baird and sub Michael Almond chalked up a double victory at Highlands Park.

It came a day after Baird and Almond had taken out the Australian GT Championship round with a first and a second from the two 60 minute heats.

Keen to have his car back on track at Highlands, Porsche front-runner Almond was recruited to pair with Baird in a deal only completed early this week.

“I don’t give a shit about myself, this is all about Scotty,” Baird told Speedcafe.com after leading fellow Kiwi Greg Murphy to the chequered flag.

“He’s put so much into it and it was really disappointing that he couldn’t do these races.

“Without guys like that buying these great cars and letting us drive, we don’t have this type of racing.

“He’s not only my boss he’s one of my best mates.”

Baird was also full of praise for Almond, who the Kiwi revealed had not been his first choice to fill the role.

“After what happened to Scott on the Gold Coast, I wasn’t really interested in doing Hampton,” said Baird.

“I just told Scott to focus on getting better and not worrying about racing.

“But for here the plan we formulated was to get an older bloke with me.

“After that I went through the seedings, looked at who was around that I could pair with and we did the deal with Michael.

“He did a great job all weekend and handled the pressure perfectly.”

Taylor, who combined with Baird to win a race earlier in the season at Barbagallo, was understandably rapt with the weekend’s results.

“I’ve been on the fence most of the day because I’ve been so excited and I’d rather see the car going past rather than watching the screen,” Taylor told Speedcafe.com.

“But there’s still major clotting in my leg and a hole in the side of it from the impact.

“It was like someone had backed a tow-bar into my leg at about 120km/h, but thankfully I don’t have a broken femur.

“I had to take special meds in order to fly without the blood re-entering my leg, but I didn’t want to miss this event.”

Although declaring his intention to return to the wheel next season, Taylor revealed that he’ll enter an all-Pro driver line-up in February’s Bathurst 12 Hour.

“I’ll go back in the car for the GT series with Craig,” he said.

“We’ll focus on that rather than mucking around with the Porsches and Aussie Racing Car as well.

“But for the 12 Hour we’re going to try and put together an entry that can win the race outright.

“I’m in negotiations with drivers that will ensure we’ll be a force to be reckoned with.” 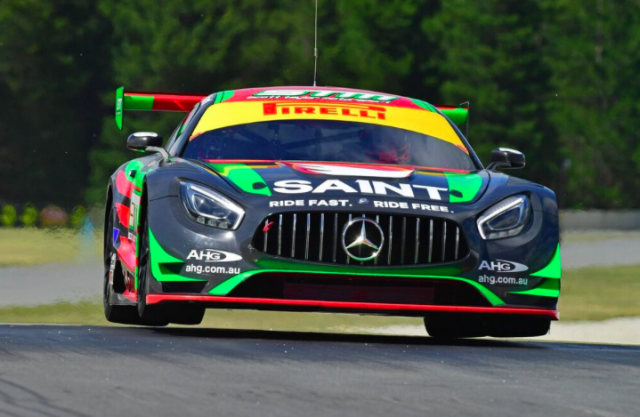 Taylor is now focussed on a Bathurst win

Next Story Australian GT 'not a support category' in 2017

Previous Story Denyer: The most stressful day of my life