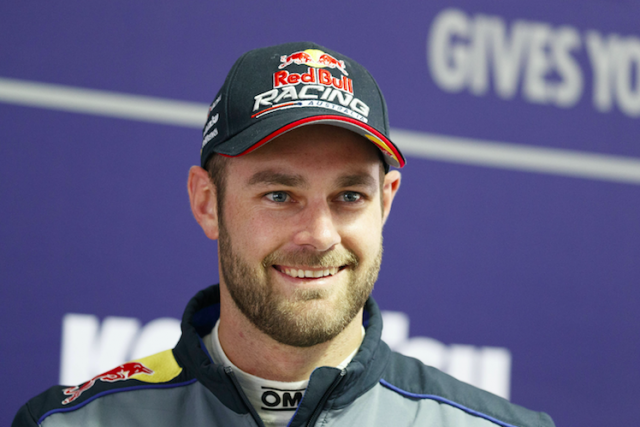 Shane van Gisbergen’s phenomenal season may not end with the Sydney Supercars finale as McLaren angles to secure the star for the following weekend’s Sepang 12 Hours.

McLaren GT boss Andrew Kirkaldy has confirmed to Speedcafe.com that the British marque is keen to field the driver in its single entry for the December 10 event.

Kirkaldy is waiting on clearance from Van Gisbergen’s Supercars team Triple Eight, which would see the driver fly out just days after potentially claiming a maiden Supercars title.

Sepang is the last round of the three-event Intercontinental GT Challenge that also includes the Bathurst 12 Hour and 24 Hours of Spa.

This year has already seen Van Gisbergen win the Bathurst 12 Hour and Blancpain Endurance Series in McLarens as well as taking the Supercars Pirtek Enduro Cup with Triple Eight.

“That’s the plan, if we can,” Kirkaldy told Speedcafe.com of running Van Gisbergen at Sepang.

“We’ve spoken about it but we need to agree between Shane, us and his team (Triple Eight).

“He doesn’t seem to think there will be an issue (with commitments after Sydney), but it’s not for us to decide.

“It would be nice to have him, but I can’t say whether he is or he isn’t driving at the moment.”

According to Kirkaldy, none of the three drivers for the K-Pax run McLaren are currently confirmed, although Van Gisbergen’s fellow 2016 Bathurst 12 Hour winner Alvaro Parente is another likely starter.

“Once we know what’s happening with Shane we’ll decide who the other two drivers are,” said Kirkaldy.

Scotsman Kirkaldy meanwhile expressed disappointment that two clashes between the Blancpain Series and Supercars calendars will deny Van Gisbergen a chance at defending his title in 2017.

Van Gisbergen had run four of the five Blancpain Endurance Series rounds in each of the last two seasons, where only one clash had occurred.

“We will run him any time we can, but I doubt next year,” said Kirkaldy.

“I am amazed to be honest that Supercars don’t look at that because I feel they got good coverage out of Shane running in Europe.

“It seems strange that they can’t miss the Spa 24 Hours or the Le Mans 24 Hours.”