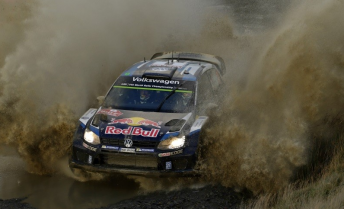 Volkswagen has made a huge impression on WRC history, proving invincible since 2013

A golden run in the World Rally Championship has officially come to an end with Volkswagen confirming it will exit the sport after the season-ending Rally Australia.

In a statement released two days after a crucial board meeting, the Wolfsburg maker has said that it will now concentrate on customer activity that will include the Golf GTi TCR on the track and the Beetle GRC in Rallycross.

While the WRC program, which has netted VW the past four driver, co-driver and manufacturer crowns, has been axed it has announced plans to develop a customer Polo rally machine to meet R5 regulations for 2018.

“The Volkswagen brand is facing enormous challenges. With the upcoming expansion in electrification of our vehicle range we must focus all our efforts on important future technologies,” VW’s board member for technical development, Frank Welsch said.

“We far exceeded our sporting goals in the WRC, now we are realigning Volkswagen Motorsport and moving the vehicle technology of the future more starkly into focus.”

Development of the R5 rallying machine will be based on the next generation Polo begins next year with the car to be offered to customers from 2018.

Since entering the WRC in 2013, VW has netted 41 wins and an astonishing 621 special stage wins.

Sven Smeets, who replaced McLaren F1 acquisition Jost Capito in recent months as Volkswagen’s Motorsport Director, said it was regretful that the company chose to withdraw from the WRC.

“Of course, we regret the departure from the WRC very much – as this was the most successful chapter in the Volkswagen brand’s motorsport history,” Smeets said.

“The team has done great things. At the same time, our vision is firmly ahead, because we are aware of the great challenges facing the entire company.

“We want our realignment to contribute to the success of the Volkswagen brand.

“From now on, the focus is on upcoming technologies in motorsport and on our customer sports range, where we will position ourselves more broadly and attractively.”

The immediate fallout from the decision leaves four-times WRC champion Sebastien Ogier and his co-driver Julien Ingrassia stranded for 2017 with one scenario suggesting he could return to Citroen.

Team-mates Jari-Matti Latvala and Andreas Mikkelsen have also been left cast as the WRC embarks on a fresh chapter next season with sweeping new regulations.

Volkswagen had already developed and tested a new Polo to meet the aggressive new technical regulations for 2017 with the car now scrapped.

Ogier will be striving to become the only driver to win Kennards Hire Rally Australia in four consecutive years when the Coffs Harbour-based event is staged from November 17-20.