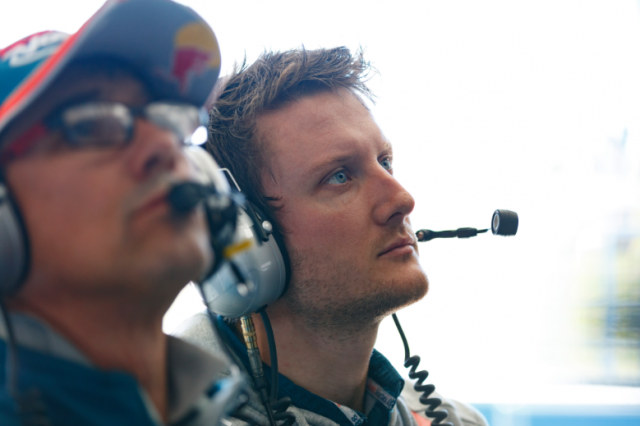 Craig Lowndes will be without engineer Ludo Lacroix this weekend following the shock news that the Frenchman is off to DJR Team Penske for 2017.

Triple Eight’s statement on Tuesday morning announcing the exit of Lacroix at season’s end stressed that he would continue to engineer the #888 Holden at Pukekohe and Sydney.

The late change of plans follows the news of his Penske deal, as broken by Speedcafe.com.

Lowndes’ car will be engineered at Pukekohe by John McGregor, who had been working alongside Lacroix throughout the season ahead of an expected hand-over in 2017.

He will be assisted by experienced engineer Ken Douglas, who is a regular consultant to Triple Eight and worked with the team throughout the recent Pirtek Enduro Cup.

Earmarked as a rising talent with Triple Eight’s engineering ranks, McGregor had already assumed many of Lacroix’s duties at the recent Castrol Gold Coast 600.

McGregor told the TeamVortex website after the Surfers Paradise event that he enjoyed his extra workload.

“He (Ludo) let me have a crack (on the Gold Coast), but kept a close eye on me too, I think I was still on a tight leash,” he said.

“He was still a great help as he continued to look after some elements of the job while I was able to concentrate on others.

“During the races, he took over the cans again to let me concentrate on fuel strategy, which turned out to be a good idea for Sunday’s race.”

This weekend’s format sees four 100km sprint races, with no pitstops for fuel or tyres.