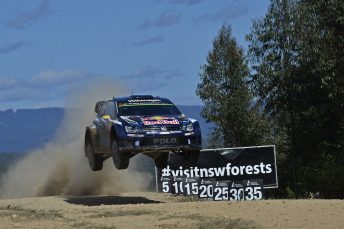 The axe has fallen on Volkswagen’s WRC program

Volkswagen will cease its involvement in the World Rally Championship as the fallout from the road car emissions scandal claims another scalp.

Following a board meeting at Wolfsburg on Tuesday, reports are circling that VW will abandon its WRC involvement at the conclusion of the current season.

The decision, yet to be made public by VW, follows hot on the heels of VW group stablemate Audi withdrawing from the World Endurance Championship after an 18-year involvement at sports car racing’s highest level.

It is understood that the 200 VW motorsport employees will be absorbed within the road car business and other rallying programs in the VW group.

Volkswagen had already developed and tested a Polo WRC to meet the more aggressive WRC regulations for next season.

The fate of that machine will see it stillborn as the company is not expected to make it available for customer operations.

Volkswagen has claimed 12 titles in the last four WRC seasons through Sebastien Ogier and his co-driver Julien Ingrassia.

The futures of Ogier and team-mates Jari-Matti Latvala and Andreas Mikkelsen are also unclear.

The manufacturer has recorded 41 wins with its Polo R WRC since making its debut in the 2013 Monte Carlo Rally.