Sam Michael deal ‘a feather in cap’ for Supercars

Sam Michael deal ‘a feather in cap’ for Supercars 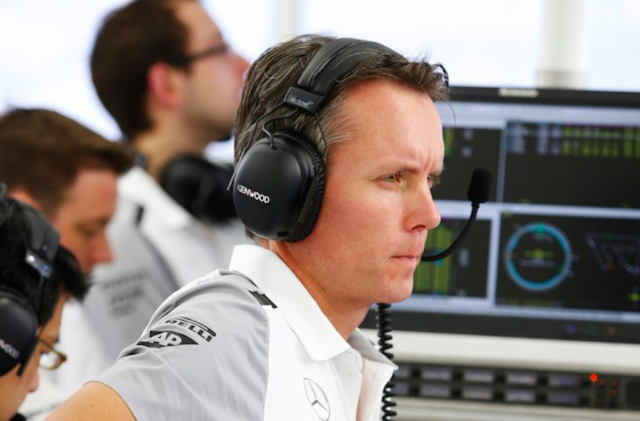 Having returned to Australia in 2014 following 21 years in F1 that included stints leading the technical and sporting departments at Williams and McLaren, Michael will join Triple Eight in a part-time mentoring role.

His appointment coincides with the loss of long-time Triple Eight technical director Ludo Lacroix who, as revealed by Speedcafe.com on Tuesday, is set to make a high profile switch to DJR Team Penske.

After a toe in the water with the home town Canberra based Bates brothers in rallying, Michael began his professional motorsport career at Mark Larkham’s Formula Brabham team in 1992, working on the successful Greg Siddle-led Mitre 10 entry while completing his university studies.

The now 45-year-old Michael made the leap straight to Formula 1 two years later with Lotus but maintained his friendship with Larkham ever since.

Now focusing on business interests outside of motorsport and spending time with his young family since returning from the UK, Michael is understood to have fielded offers from several Supercars squads.

“It’s a great feather in the cap for the category that someone like Sam who has achieved at the highest level, still finds Supercars an attractive proposition,” Larkham told Speedcafe.com.

“The opportunity to grab someone of Sam’s calibre is very rare in our category downunder, consequently a lot of the pit lane have enquired what he’s up to since returning to Australia. “He’d made it very clear that he wasn’t going to get back into motorsport full-time, but Roland to his credit has been savvy enough to engineer a proposition that fits in and around Sam’s other goals and aspirations.

“Guiding and mentoring the engineering group part time, from a helicopter view without being entrenched in the day to day millimetres is perfect.

“Sam’s not engaged as a silver bullet, they don’t need that, but I reckon he’ll further influence already sound race engineering process and how people achieve it.

“Unless you can establish a very firm but flexible scientific baseline as to why things do what they do, and what they are reasonably predicted to do, whether it be an aero or suspension part or setting, a damper force curve, a geometry change, tyre compound, pressure or whatever, it’s very easy to get lost and not find your way back.

“This is something we have seen often on our pitlane, and believe me, this is not easy stuff to do.

“So you have to remove as much of the guesswork as you can, leave the more ‘instinctive stuff’ for Safety Cars, strategy calls and changing weather.

“Formula 1 has become very good at the ‘why’ and the process and operational culture to achieve that through modeling, simulation, validation etc.

“Sam knows this stuff and no doubt as a result of his appointment information will flow in time.

“Triple Eight is already down this route, and for some years has consistently outclassed the entire pitlane with their ability to provide obviously previously researched solutions as a race weekend progresses.

“In fact, for me, alongside the drivers, this has been their greatest asset, so I suspect predictive and pre-emptive race engineering, modeling and validation may become words used even more frequently.

“By default, in time others will have to continue down the same path to keep up, and while we are not F1 with our more defined rulebook, that simply means it’s this stuff, the one-percenters that make the difference.

“So push the hard core race engineering principles aside, Sam’s well renowned in F1 for his broader knowledge base across operational, sporting, regulatory, driver development, and even media matters.

“His ‘no crap’ approach and willingness to honestly share the successes and failures of his remarkable, self made career will fit well with the Triple Eight culture.” From left: McPherson, Dutton, Cauchi and the Triple Eight crew

Although admitting that Lacroix’s exit will leave a hole at Triple Eight, particularly with some of the design challenges looming with the next generation of car and engine, Larkham believes that the strong engineering base that defines Triple Eight sees the group under Dutton as well positioned as they can be to cover the loss.

“Ludo is perhaps the smartest touring car engineer in the world, but any successful race team has to be bigger than any individual,” said Larkham.

“I have discussed with Sam about what sort of team Red Bull Racing Australia are and how Roland and Dutto operate.

“The way Dutto goes about his business is not too dissimilar to Sam. When they were young blokes they stood out for similar reasons.

“Like Sam, Dutto was very strong academically, very strong from an engineering and design perspective, but importantly, he also had those broader practical, common sense and communication skills, which often don’t come as a package in the high intellect types, but for me are really critical in finding your way to the top as they have done.

“While the entire Triple Eight technical, engineering and data group will certainly benefit from Sam’s input, it’s the future leader type guys like Dutto, (race engineers David) Cauchi and Grant McPherson, who I think will benefit most should they choose to milk Sam’s experience, and I reckon they’ll feel a strong mutual bond with Sam from their engineering backgrounds.

“In a team where Roland clearly pulls rank as he needs to, I reckon as a mentor Sam will provide a great alternative sounding board for the engineering group.

“He has the unique experience over 21 years at the top end of witnessing why some succeed and others fail, which is invaluable.

“You never know but with a bit of guidance on leadership, confidence and conviction as a result of strong process, then the boss might just be able to relax a bit – but I doubt it!”