Juan Montoya to stick with Penske at Indy

Juan Montoya to stick with Penske at Indy 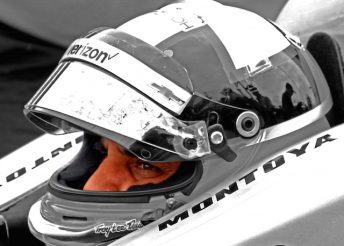 Team Penske has confirmed that it will run a fifth car for Juan Montoya at the Indianapolis 500 next year.

Moved aside to make way for Ed Carpenter defector Josef Newgarden in 2017, Montoya had been given the latitude to try and find a full-time drive elsewhere in the Indy paddock.

However the veteran Colombian has yet to find a home, with Team Penske extending Montoya an olive branch to run in the discipline’s showpiece event.

“He didn’t want to leave the team but wanted to see what else was out there,” Cindric told IndyCar.

“After giving it some thought, he told me the best opportunity was to run Indy with Team Penske, so if the offer still stood, that is what he wanted to do.”

“The fact we are going to stay together and try to win Indy together speaks about our relationship between the team and Juan.”

Full details of the commercial arrangements on the Montoya Indy 500 car will be revealed at a later date.