Unfinished business for Ekstrom at Bathurst 1000

Unfinished business for Ekstrom at Bathurst 1000 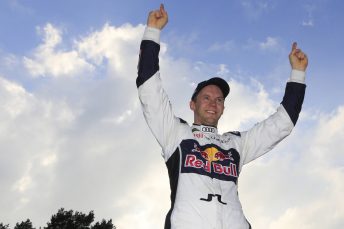 Mattias Ekstrom has unfinished business at Mount Panorama with the Swede eager for a return to compete in the Supercheap Auto Bathurst 1000.

The newly crowned FIA World Rallycross champion and two-time DTM title winner made his Great Race debut in 2013 when he guided a Triple Eight wildcard entry alongside Brit Andy Priaulx to 10th place.

Since then the 38-year-old has finished second, third and seventh in the DTM touring car series, while expanding his racing commitments by forming his own Audi supported team in the burgeoning FIA World Rallycross Championship.

However, the Bathurst experience of three years ago has left him wanting more as he looks to further establish himself as one of the world’s best touring car drivers.

Expected to defend his World Rallycross title next year, Ekstrom’s schedule is unclear with his ambition to continue in DTM in limbo as Audi decreases its effort from eight to six cars next year.

Ekstrom remains in contact with the Triple Eight operation in the hope an opportunity will arise providing their are no clashes with his European schedules.

“I have been following Supercars more than ever,” Ekstrom told Speedcafe.com.

“I still have contact with the Triple Eight guys so for sure it is something that I want to go back and do.

“I have some unfinished business there and I would like to do the full (Pirtek) Enduro Cup and have a bigger go at it. 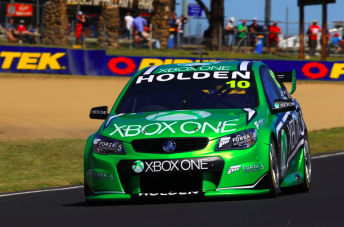 “First of all I will see what happens with my Audi programs next year.

“I shouldn’t say no to anyone else but it feels like that would be the most natural thing (to drive with Triple Eight). I am not actively going to hunt anyone else.”

While Mount Panorama is held in high esteem by Ekstrom, he has, somewhat surprisingly, no interest in contesting the Liqui Moly Bathurst 12 Hour GT3 endurance race.

“Generally I don’t get involved in endurance races,” he added.

“I did a couple a few years ago where I won the Spa 24 Hours (in 2011) but I feel that type of racing is not attractive to me anymore.

“I like Audi so you would think it is quite natural, and if it was a one hour race I would probably be there, but I’m not so interested in doing those longer races for the moment.”