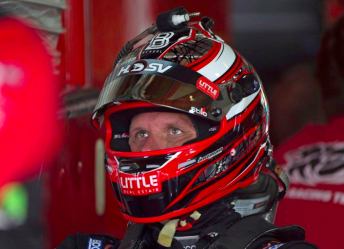 Former Supercars champion Garth Tander has downplayed suggestions that he could step back to co-driving duties next season.

The Holden Racing Team driver is facing an uncertain future after being replaced by Scott Pye for 2017, ending a 12-year tenure at the Clayton squad.

With the bulk of the major seats confirmed and moves to start his own team reportedly failing to gain traction, Tander faces a dwindling list of options to remain in the category full-time.

He continues to be linked to a seat at Garry Rogers Motorsport, whose plans for 2017 are under a cloud thanks to legal action with Volvo, while the likes of Erebus Motorsport and Lucas Dumbrell Motorsport have also been touted as possibilities.

That has left suggestions that Tander will elect to combine a front-running Pirtek Enduro Cup drive with increased Australian GT duties for Audi.

Triple Eight, which is yet to reach a new deal with Alex Premat, is understood to be among those to have shown interest in Tander’s services.

The West Australian confirmed that he has received a number of co-driving offers but insists that remaining in Supercars full-time remains his priority.

“It is still a work in progress and there are lots of things to sort through,” Tander told Speedcafe.com of his 2017 plans.

“I have said all along that we want to get this decision right and the pleasant thing is several quite interesting options have been presented to me.

“We need to weigh all that up and make the right decision and there is no rush to do that. 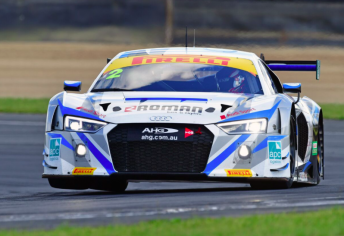 This season Tander has expanded his GT racing commitments by contesting the Bathurst 12 Hour followed by three of the four Australian Endurance Championship events.

The 2007 Supercars champion finished third in the latest round at Hampton Downs on Sunday alongside Daniel Bilski in the #2 Jamec Pem Racing Audi R8.

While Supercars remains his priority, he could commit to contesting more GT events next year.

Tander is set to return to the Bathurst 12 Hour (February 3-5) with Jamec Pem Racing alongside owner Steve McLaughlan and another yet-to-be announced professional driver.

“The priority is to continue in Supercars full-time and that is what we are looking at.

“Once we get that locked away or we know what it is looking like, then I will look at other stuff.

“I will certainly do the Bathurst 12 Hour.

“It is certainly a great event to do before the Supercars Championship starts and then we will look at the calendars to see what is going on.”