Erebus Motorsport will join Supercars’ energy drink battle for the final two events of the 2016 season.

Its Shae Davies driven #4 Holden will sport primary backing from Loco Energy Drink, which debuted with the team as a minor sponsor at the recent Castrol Gold Coast 600.

“Being a part of the Erebus Motorsport family has already exceeded our expectations with the national and international exposure of our brand,” Loco’s Managing Director, Cameron Martin said.

“Loco Energy Drink and Erebus Motorsport are a great fit and we look forward to building on our relationship.”

Buoyed by Loco’s backing, the 26-year-old Davies is eager to make amends for his error.

“It (the Loco sponsorship) shows a lot of faith in the team and myself, and we are really looking forward to the next two rounds,” he said.

“We have all the right ingredients.

“We have a lot of positives to pull out of the weekend, we had a lot of speed compared to earlier rounds and we are continually building on our package.

“The team have worked really hard to turn the car around and we are even stronger heading into Pukekohe this weekend.”

DJR Team Penske has meanwhile confirmed that Penske’s MAN truck brand will feature on both of its cars at Pukekohe.

“The MAN livery has proved very popular with the fans and the reaction from the Penske Group customers and staff was fantastic.

“With both cars running MAN livery in 2016, we are looking forward to another strong result over the weekend.” 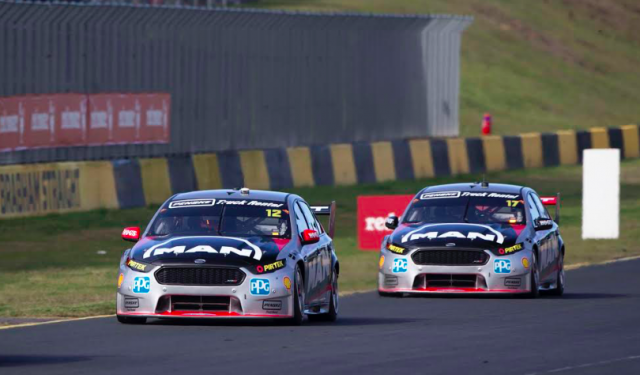 The MAN colours at SMP