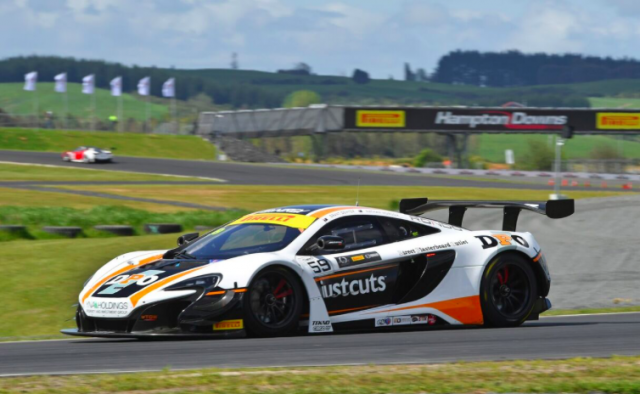 Nathan Morcom and Grant Denyer have been demoted to fifth

The Tekno Autosports McLaren of Nathan Morcom and Grant Denyer has been stripped of its third place finish at the Hampton Downs 101 after receiving a post-race penalty.

Stewards issued a 30 second penalty after Morcom was deemed to have breached the rules when he made contact with the second-placed #88 Maranello Motorsport Ferrari 458 GT3 on the final lap.

Morcom dived down the inside of Graham Smythe at the Porsche Dipper resulting in contact, which forced the New Zealand driver into a spin.

The incident allowed the Walkinshaw Porsche of John Martin and Duvashen Padayachee into second, while Morcom recovered to finish third at the flag.

The penalty has demoted Morcom and Denyer to fifth in the results with the #2 Jamec Pem Racing Audi of Garth Tander and Daniel Bilski awarded the final spot on the podium.

Audi R8 duo Liam Talbot and Jake Fouracre have been promoted to fourth.

Highlands Park will host the final round of the Australian Endurance Championship from November 11-13. 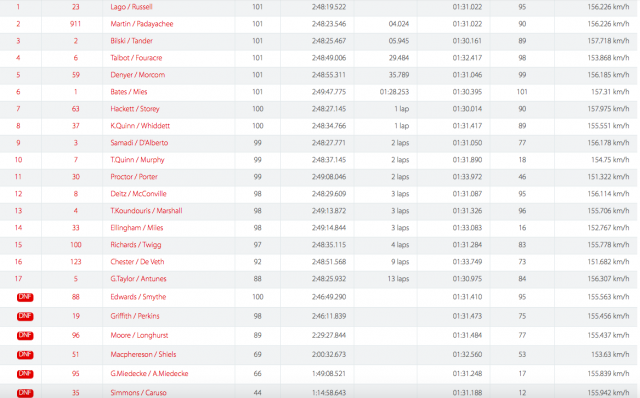