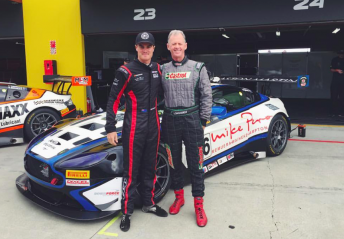 Tony Longhurst will kick-start his Bathurst 12 Hour preparations by competing in his first GT3 race at the Hampton Downs 101 meeting this weekend.

The squad will also field a Vantage GT3 for father and son combination Andrew and George Miedecke, who won the previous Australian Endurance Championship round at Sydney Motorsport Park in August.

Longhurst has earmarked the race as a key part of his build up to the Liqui-Moly Bathurst 12 Hour from February 3-5, where he will team up with Supercars legends Mark Skaife and Russell Ingall in a Steven Richards Motorsport prepared BMW M6 GT3.

The Hampton Downs 101 hosts the penultimate round of the Australian Endurance Championship with a 26 car grid confirmed for the three hour endurance race.

“The only reason I’m sticking my hand up to get drives now is to get back up to speed,” Longhurst told Speedcafe.com.

“I want to be able to do a competent job come February.

“I did a deal with George and Andrew Miedecke before the release of the BMW program and they are very pleased to have me on board.

“I’m looking forward to having my first GT3 race and see how the performance of the cars are. I just want to be very careful and get some miles under my belt.

“You have to get race ready for Bathurst. You need to be up to speed to make sure your reflexes are sharp enough.

“The cars are so fast and brake so late. I need to condition my body to the speed.

“It has been 15 years since I’ve been driving fast cars so I have got to get back up to speed.”