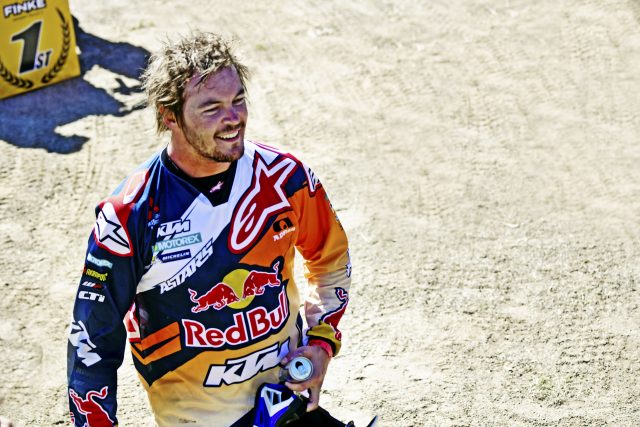 Toby Price is the feature of a documentary, Paying the Price, to be screened exclusively on Red Bull TV from December 6

Australia’s history making Dakar champion Toby Price has opened up for the first time about the personal tragedies in his life.

Tackling the confronting issues of losing his sister, Amanda, five years ago from a brain haemorrhage closely followed by the death of his best mate, Price takes viewers through the rollercoaster of his life in a soon-to-be released documentary.

The 40-minute documentary called Paying the Price, which will be exclusively available on Red Bull TV from December 6, shows Price grafting out the hard yards on his way to climbing the biggest mountain in offroad competition when he won Dakar in January.

The KTM Red Bull star has previously avoided talking about his tragedies and personal struggles as he focussed on chiselling out his brilliant two-wheel career that saw him conquer the biggest physical and mental challenge there is in offroading.

Price discusses the hardships he has endured including the loss of his disabled sister at length for the first time.

“I miss my sister so much,” Price told Speedcafe.com ahead of a special premiere screening of the doco in Sydney.

“Not many people know the story that I had a sister who was in a wheelchair and was disabled.

“I have just kept my job separately and you don’t really publicise your personal issues too much.

“It hopefully shows that anything is possible and to not give up on your goals and your dreams.

“A lot people at the end of the day tend to forget some of the things that some people have been through.

“Doing the Dakar the last couple of years where I finished third (2015) and first earlier this year, I’m the first Australian to ever do it so we just wanted to talk about that, and that only.

“It’s a good thing that we’ve been able to put my story out there about the Dakar event and to have this documentary come out to show the behind-the-scenes struggles and personal issues is a nice way to do it.

“There’s also probably some things that I haven’t spoken about a lot so I can concentrate on what I’m doing.

“So it’s definitely been hard to talk about some of these personal family issues like losing my sister and my good friend in an accident.

“The documentary shows my story hasn’t been all rosey and it hasn’t all been handed to us.

“I’ve had to definitely work hard to overcome some of the injuries.”

Price recently had the benefit of viewing the documentary, saying it was a ‘bit weird’ watching himself but is happy that the film captures the essence of his struggles to the top.

“To have this now come out and to see where I came from, racing pee-wee 50s at four years of age, and all the troubles and injuries and issues and to the highs is special,” Price said.

“It shows that you just don’t give up on things if there is something you really want bad enough in life.

“It’s all a bit strange and weird sitting there watching it, my life story and me talking about myself.

“For sure I see a lot of interviews and race results after events but this one is completely different to those type of interviews.

“I hope everyone gets to see it and has a good understanding of the story behind the story of myself and learn more about me.”

Price has kept a full diary of competition, sponsor and travelling commitments since mastering 9,000km of navigation and pushing his body through physical and mental extremes of competitive stages on the Dakar.

He was in action as recently as last weekend, campaigning a Stadium Super Truck at the Castrol Gold Coat 600 where he finished third for the weekend.

“It’s changed my life a lot and in a lot of good ways. I’ve been able to do a lot of things that I didn’t think I’d be able to do by competing on two wheels and four wheels and the travelling.

“I want to go back and get the same result at Dakar in January, but if we can’t I just want to make it as hard as possible for everyone else.” 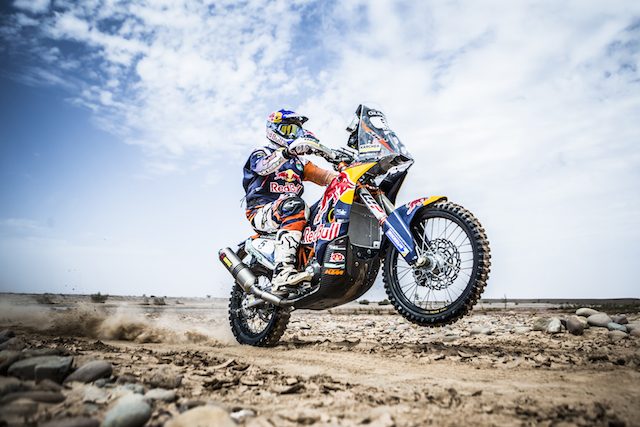