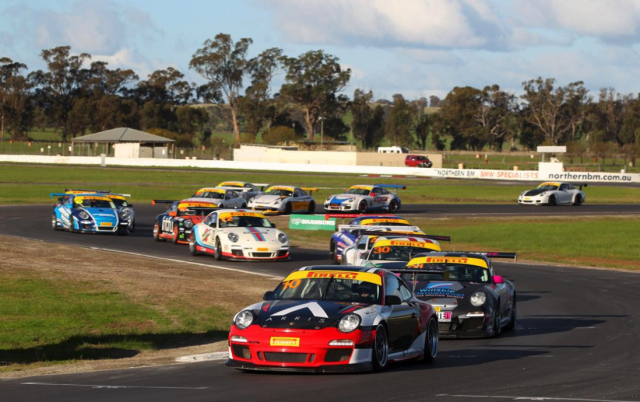 The second-tier Carrera Cup series will race exclusively with the Shannons Nationals next season.

Four rounds are set to be held in Victoria, with a second visit to Phillip Island replacing this year’s Sydney Motorsport Park Rennsport round.

The marque is again offering a Jamey Blaikie Scholarship that will see a rising star given free entry for the season, as well as a supply of Pirelli tyres and a mentoring and fitness program.

“The 2017 GT3 Cup Challenge calendar is a great foundation for the coming season, where we have created several initiatives to entice more Porsche racers to the series,” said Sakzewski.

“Matt Campbell is a great example of how young drivers can use GT3 Cup Challenge to boost their careers.

“He started in GT3 Cup Challenge in Class B in 2014, perfecting his craft before moving to Carrera Cup the following season. And in 2016, he won the Carrera Cup championship.

“This is a tremendous example for young drivers in series like Formula 4 and Formula Ford as to how they can use GT3 Cup Challenge as part of their career progression.

“The incentives are not exclusive to young drivers. We have included prize money for all three classes – Professional Class, Elite Class and Class B – while half-price entry fees and a three round mini-title will aim to attract more racers with Class B Porsches to the GT3 Cup Challenge category.

“We are thoroughly looking forward to the 2017 season, which is expecting to be a truly exciting year of Porsche racing.”